The Main Characteristics of Japanese Hospitality(What Seems Like Normal Hospitality to Japanese People, is Special to Non-Japanese) 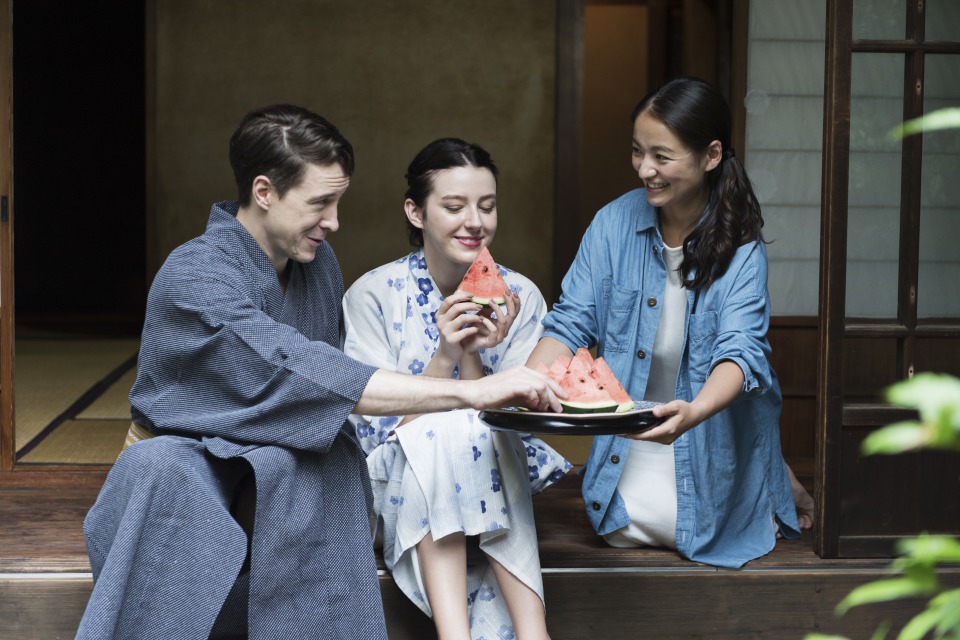 Japanese people take pride in the fact that their spirit of hospitality is a shining light in the world. Even today, it is thought of as a part of our national character.

Of course, in other countries, you can find excellent and devoted service too. But living in Japan, you will find many more cases of impeccable service.

– Employees at bookstores provide you with a free book cover

– Menus have pictures, and wax representations of the dishes are shown at restaurant entrances

– Vending machines always provide hot or cold drinks at the perfect temperature, and your change is returned in an orderly fashion

– In bathrooms, there is a button that makes the sound of running water to makes other sounds, and the toilet paper is folded into a small triangle to make it easier to pull

These are just a part of the everyday hospitality that an international tourist will experience in Japan. To Japanese people, these all become part of the scenery.

However, everyday, many international tourists are surprised and moved by them.

But these actions don’t occur naturally, they are the result of Japanese workers putting effort and care into their work every day. The result is the ability to provide service that leaves everyone feeling cared for.

Our country is full of hard workers who take responsibility for their work, and that’s how we carry on the spirit of hospitality. This is what makes such a deep impact on the hearts of international visitors.

In this way, the unique country of Japan leaves a lasting impression in people’s minds, and Japanese hospitality continues to be known as the best in the world.

When people who inherit such a national character are welcoming international guests to Japan, from the bottom of our heart, we are always thinking about how we can best provide them with a pleasant and happy experience. We want to provide a once-in-a-lifetime experience. We always want to set the scene for a great relationship.

So, here are five true stories of hospitality that left international guests amazed.

A tourist came to Japan who was interested in karate. He came all the way to Japan, the home of karate, with a strong desire to experience karate in Japan for himself. He made arrangements to do just that.

Ever since he was a child, he had been fascinated by karate, and coming to Japan to practice with Japanese martial artists had been a dream of his. Whenever he thought about it, he felt excited and filled with inspiration.

The next day, I showed him around a martial arts store. They embroidered his name on a karate gi, and they explained how to use each piece of the karate equipment as he bought it. There were no stores like this in his home country, so he was extremely happy.

While he only had two days of private time, he expressed gratitude to me later because this trip left such a lasting impression on him.

A Guest’s Fixation Provides a Hint. A Vegetarian Customer’s Experience with Japanese Cuisine 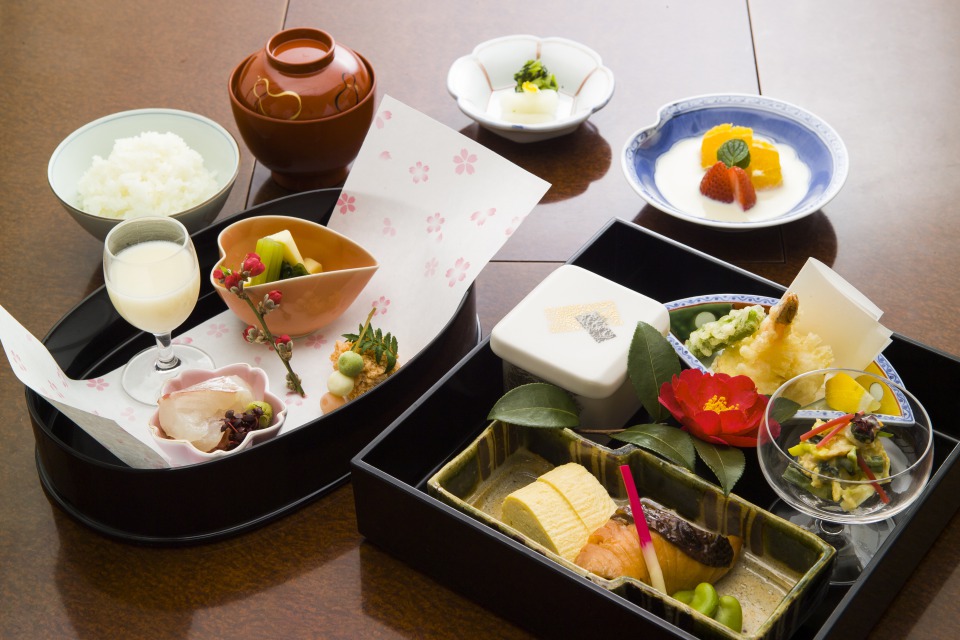 This is the story of an international tourist who had decided to live off of a plant-based diet.

I remembered that we had discussed this when we met previously, so I took her to a restaurant that serves Buddhist cuisine. She had never tasted such elaborate Buddhist dishes, and was moved to take a deeper interest in Japanese cuisine.

So, she was never troubled during her travels, because there were plenty of tofu-based and vegetarian restaurants in the city, and she could search for them online so that she wouldn’t be stressed by the language barrier. This made her very happy.

Later, when she returned home, she tried to prepare some of the dishes she had tasted in Japan for herself. Her daily meal repertoire expanded, and she had a lot of fun trying Japanese cooking. She told me that whenever she tastes that food now, she thinks of me. 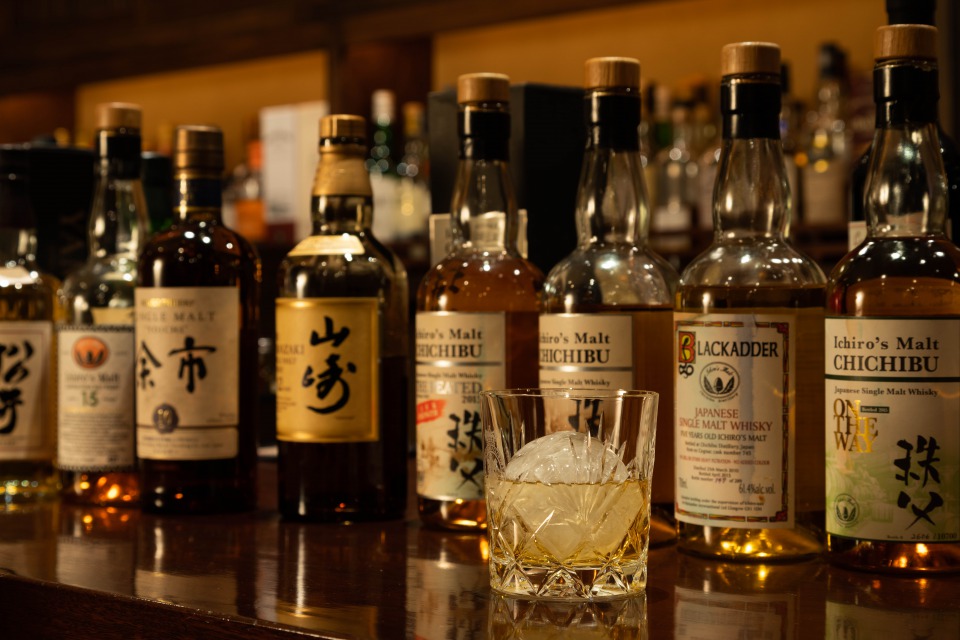 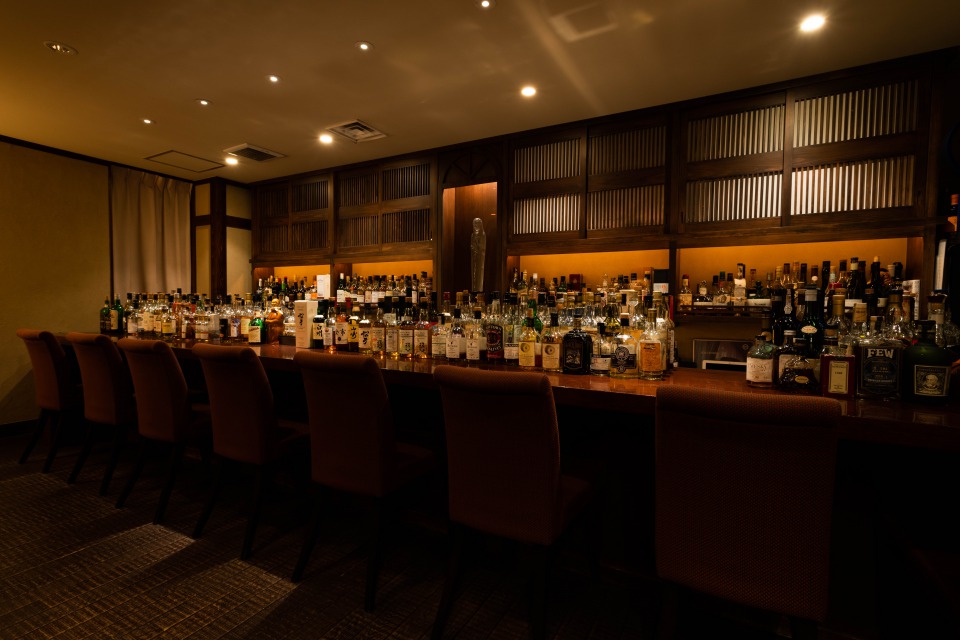 Right now, there is an unprecedented Japanese whiskey boom overseas. I heard that a client of mine had wanted to try some Japanese whiskey, so after work, I quickly took him to a relaxed whiskey bar with a nice atmosphere.

At this bar, there was a gallery of masks on the wall, with new ones put up every month. On that day, some Noh masks were nicely lined up on the wall. While enjoying some fine Japanese whiskey and deepening our friendship surrounded by charming Noh masks, we passed a special night.

He had seemed particularly fascinated by the small Noh masks, so I bought one for him as a souvenir, and he was tremendously pleased. Apparently, the mask is still hung in his office at work. He told me, “Whenever I happen to see it in the corner of my eye, it reminds me of that brilliant night.” A Moment of Relaxation for the President. A Private Room and a Geisha

When the president of one of our client companies came to Japan, we rented a Japanese-style room for him, with Japanese ornaments and a feeling of privacy.

We also prepared a first-class geisha to entertain him, as well as an interpreter to explain and let him feel at ease.

This president, who was normally so busy, was able to enjoy himself to his heart’s content being entertained by the geisha even despite the language barrier. It was as if he finally had the chance to let his hair down and completely relax.

He enjoyed himself so much that afterwards, you could see a huge grin on his face.

A customer interested in architecture came to Japan. We inquired about the plans for his stay, and took pains to organize the trip well in advance so he would have the chance to visit Katsura Imperial Villa. Since he was a busy man without much time, we arranged for him to stay at a nice hotel with easy transport and a delicious restaurant.

As a traveller in a foreign country on a limited timeframe, his trip was difficult and tiring. But due to our research and preparation, we saved his trip with one move. When asked if he enjoyed his trip, he answered emphatically, “The fact that I was able to visit Katsura on such a busy trip was a dream come true!” and thanked us profusely. 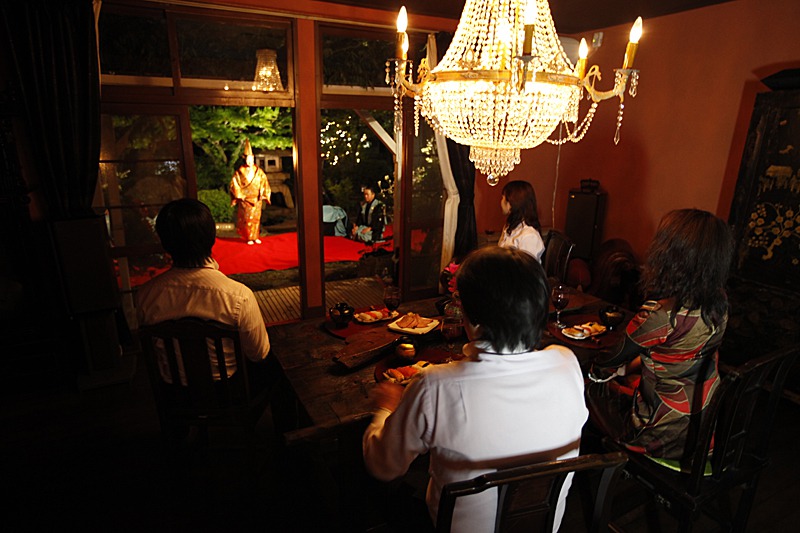 Japan’s exquisite hospitality is the result of careful attention to detail and care.

Up until now, across the whole country, the main target of our hospitality has been fellow Japanese people. From now on, we will need to include international visitors in our range. Which isn’t to say that we need do anything spectacular; if we continue to treat our guests well and make sure they have a fun time in Japan, a new form of hospitality will emerge.

The most important thing is to show sincere gratitude to our guests, and reach out to help them when they are troubled. If we do this, they will be happy. It’s that simple.

A consideration for other people’s happiness that can cross national boundaries. That is true Japanese hospitality.