Fun Japanese Entertainment! A Ninja Show For Your Overseas Guests

There are plenty of interesting experiences out there that you can plan for small groups of people.

But when it comes to entertaining large groups of international customers with parties or gala events, it becomes a lot more difficult.

When you have guests who have come to Japan from overseas, you want to give them a fun, showy taste of Japan.

Well, how about treating them to some ninja entertainment?

With ninja as the keyword, I’m going to introduce you to some interesting entertainment! 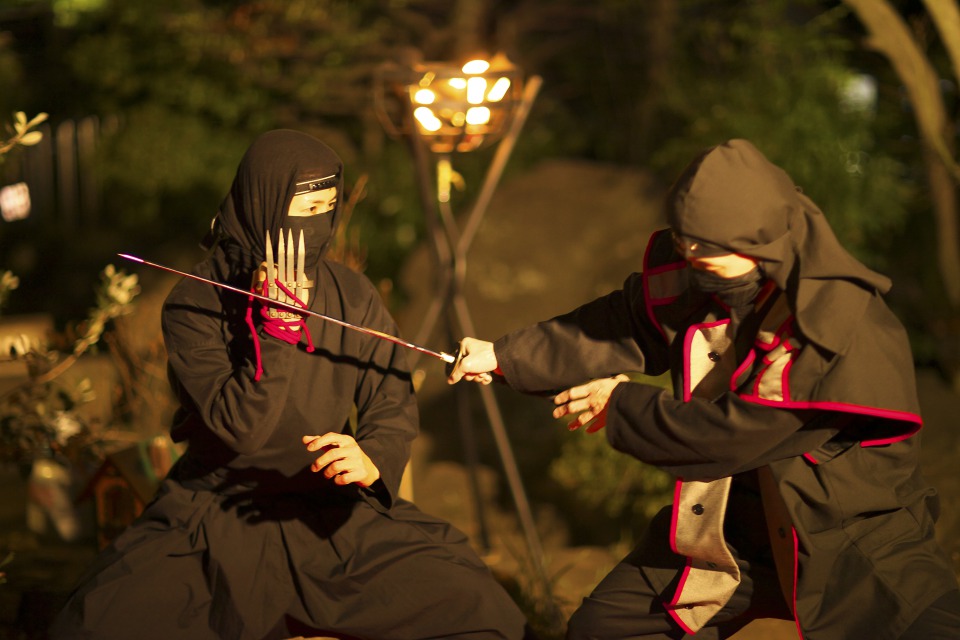 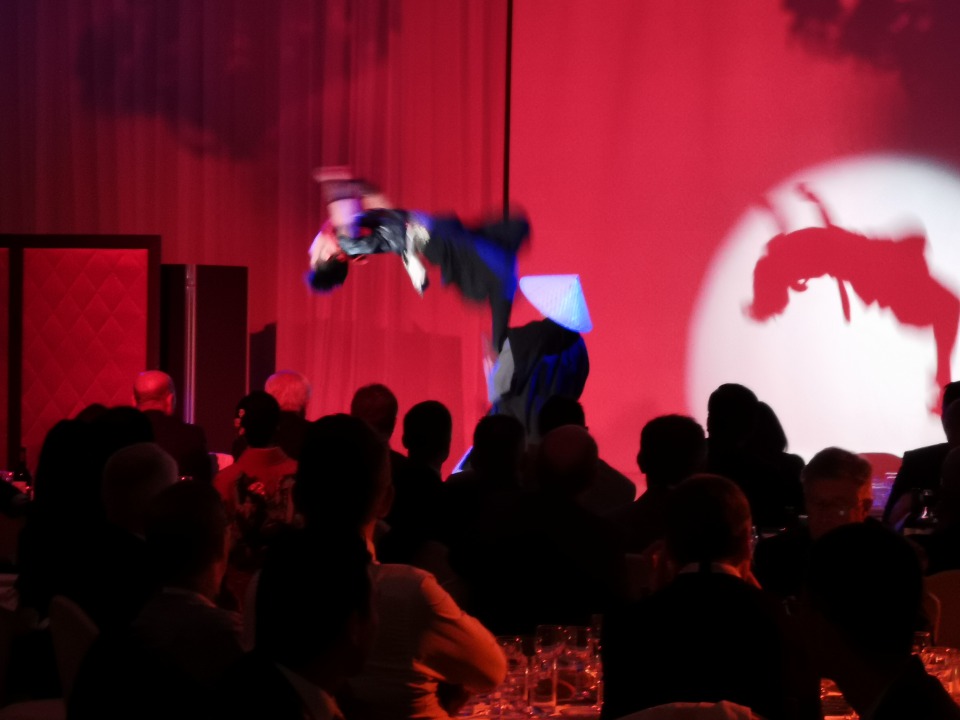 Ninjas have been a fascinating icon of Japan across the world for many years.

Every year, ninja villages across the country attract thousands of international sightseers.

Along with samurai, ninja are synonymous with Japan all across the world. There is a theory that ninjas originated in Ancient China, according to a description from the writings of Sun Tzu.

According to the Nihon-Shoki, a historical text, around this same time, spies from the enemy nation of Ancient Korea had infiltrated Japan. Prince Shutoki called them shinobi, and their mission was to collect information.

All this was occuring around the 6th century, so this is thought to be the origin of ninjas.

Later, the school of Shugendō (a religion that combines Buddhism, Shinto, and asceticism) began to develop concealment techniques and ninjutsu, a form of espionage and guerilla warfare. During the Heian Period (AD 794 – 1185), a sect known as “scoundrels” appeared that would perform surprise attacks on noble manors that were mistreating their farmers. This is the origin of the Iga School of ninjutsu.

From the Muromachi Period (1336 – 1573) to the Edo Period (1603-1868), ninjas would form ties with regional leaders to collect intelligence for them. In other words, they were spies who embodied the special arts of tactics and martial arts.

Ninjas didn’t actually often wear the black costumes that we associate them with nowadays. Mostly, they would disguise themselves as Noh actors, merchants, monks, farmers, or villagers, living a normal lifestyle in enemy territory in order to collect information. It is said that famous Noh actors such as Kanami Kiyotsugu and Zeami Motokiyo have their origins in the Iga School of ninjutsu.

Another name you might know is the Koga School of ninjutsu.

A lot of media has been published about fights between these two schools, but in reality, it seems that confrontations between ninjas were rare, if they happened at all.

Nowadays, the descendants of these ninjas pass on their skils, and you can learn the ancient techniques of concealment and martial arts. In the West, ninja classes, where you learn about their techniques and weaponry, are just as popular as karate or judo classes.

From Japanese History to the Rest of the World 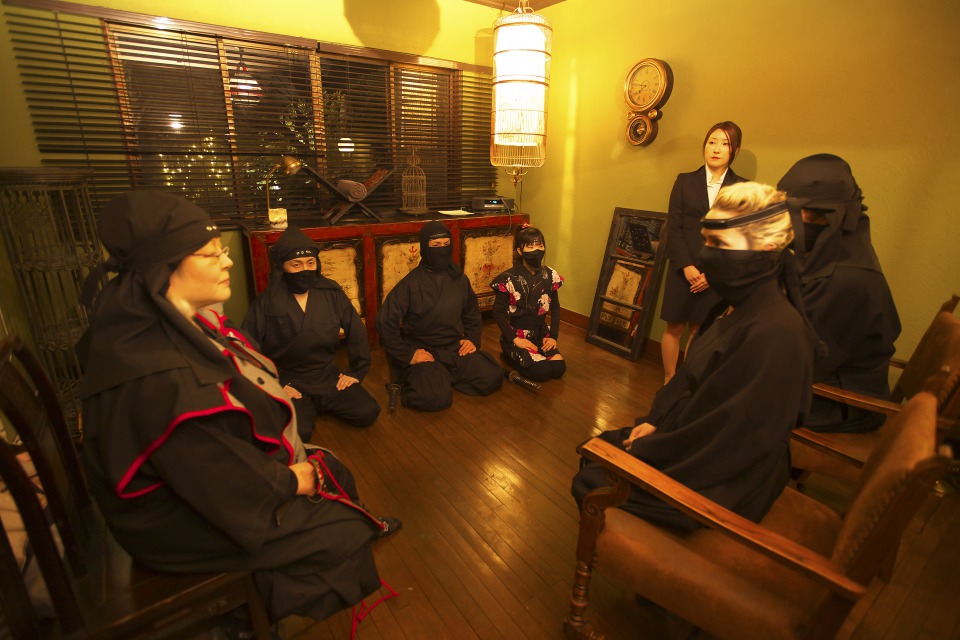 However, in modern times, ninjas have been reborn in art.

During the Edo Period, ninjas were the subject of kabuki, theatre, and wood engravings. Closer to the modern day, ninjas capable of dark magic, such as Jiraiya, started to appear in fiction novels.

Since then, in Japan, ninjas have been the protagonists of novels, manga, anime, games, tokusatsu, and film.

So, Why Are Ninjas Popular Overseas? 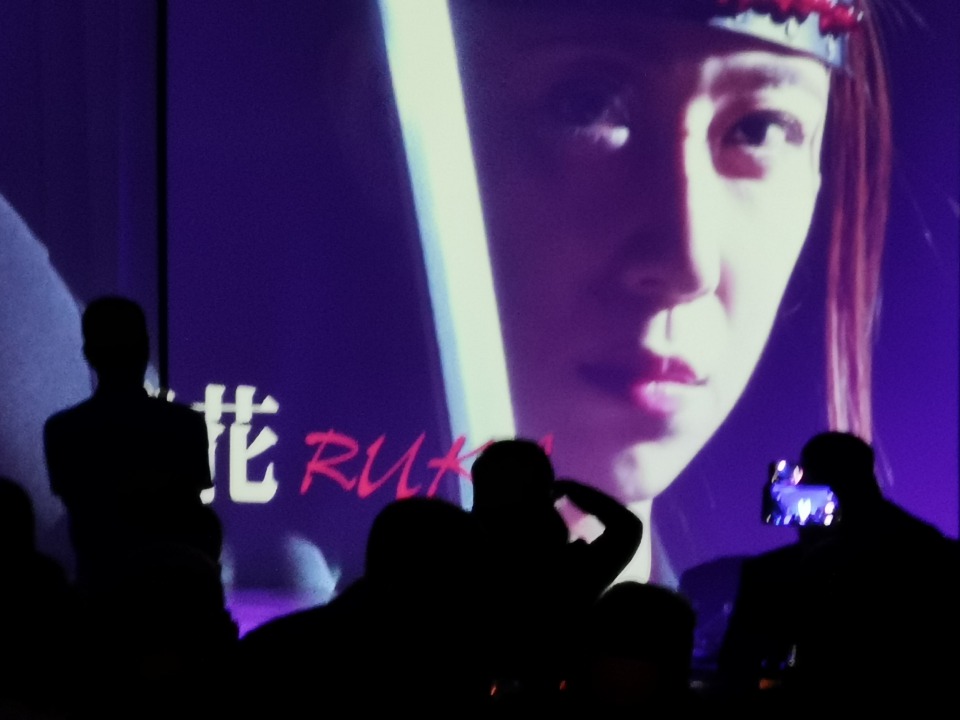 In the 80s, starting with the Hollywood film, “Enter the Ninja” starring Sho Kosugi, various ninja films became big hits, creating a ninja boom overseas. Then, the series “Teenage Mutant Ninja Turtles” spawned plenty of copy cats in comics. At the time, there was a belief that if your ‘product’ had a ninja in it, it was sure to be a big hit. So, ninjas started appearing as the protagonists in comic books and arcade games.

Soon after, this same generation was introduced to console gaming. And when you think console gaming, you think of Japan. Ninjas were appearing in these Japanese produced games as well.

There’s probably not a single person who grew up during that time who doesn’t know about ninjas.

Some time later, the anime/manga series “Naruto,” sometimes called an icon of “Cool Japan”, became a worldwide hit, cementing ninjas’ place in the modern world. At Japanese festivals around the world, kids cosplay as Naruto characters.

In this way, even as real-life ninjas have vanished from the world, ninjas continue to jump, flip, and glide about as the protagonists of popular stories.

So, even for everyday workers who come to Japan, it’s still the age of ninjas.

Because of the influence of these anime and manga, you could even say we’re currently entering a neo-ninja age.

What is a Ninja Show? 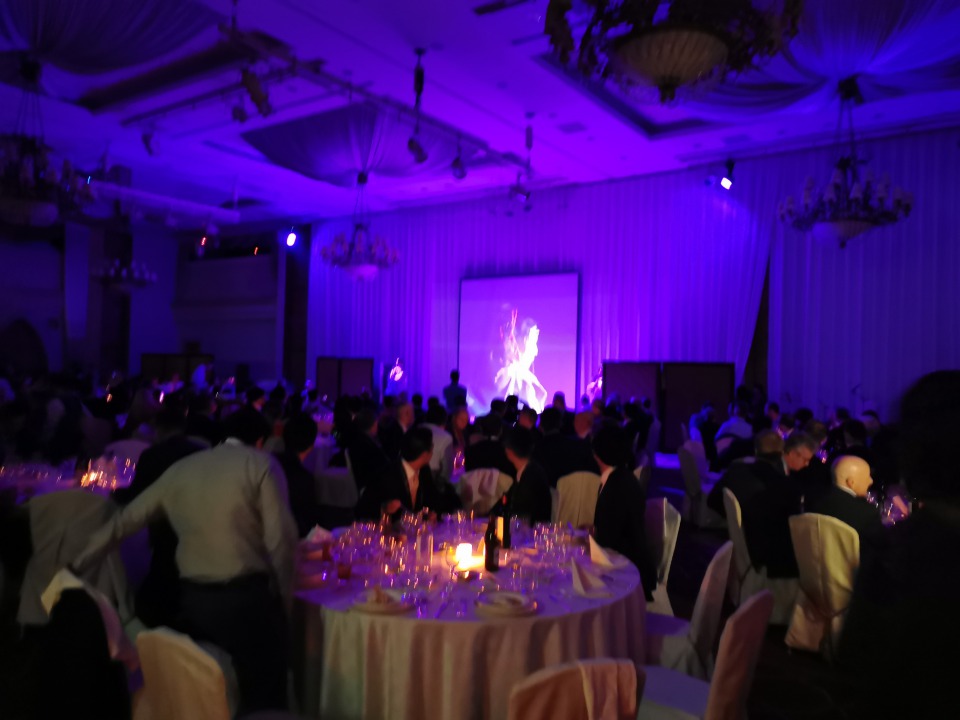 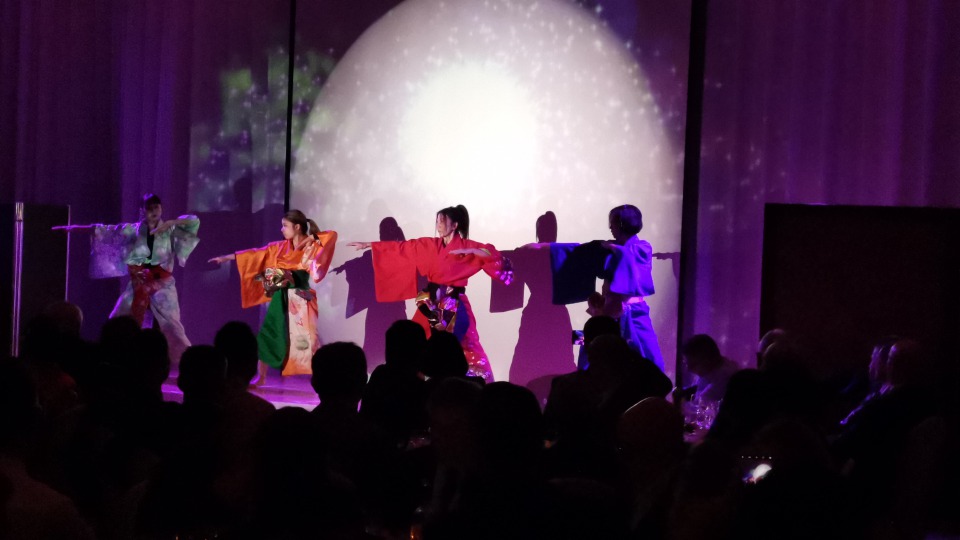 A collaboration between high-tech presentation, and Japanese traditional culture.

To introduce these to a new generation, the theme is “Ninjas x Entertainment.”

When you hear the term “Ninja Show,” you might think, “What? Is this some children’s cartoon?”

Not at all. That’s yesterday’s thinking.

Ninjas are the image of exotic Japan.

They’re not just fiction; they really existed in Japanese history, and watching a display of their deep skills and techniques has cultural value.

On top of that, they have permeated into a worldwide subculture.

“Ninjas x Entertainment” is a fusion of the two, combining visual technology and the beauty of Japanese tradition into one performance.

The agility of ninjas’ movements are fascinating enough on their own, but in this show, their impressive acrobatics are combined with state-of-the-art lighting and sound.

Amidst the full-out lighting and bombastic sound, ninjas, noh actors, and samurai fight a huge battle. You won’t be able to look away.

Of course, this entertainment is targeted at international tourists, so there are English explanations provided.

Ninjas, known as messengers of darkness, battle-dance in beautiful light and darkness.

It’s enough to entice any viewer to lose themselves in the world of ninjas. 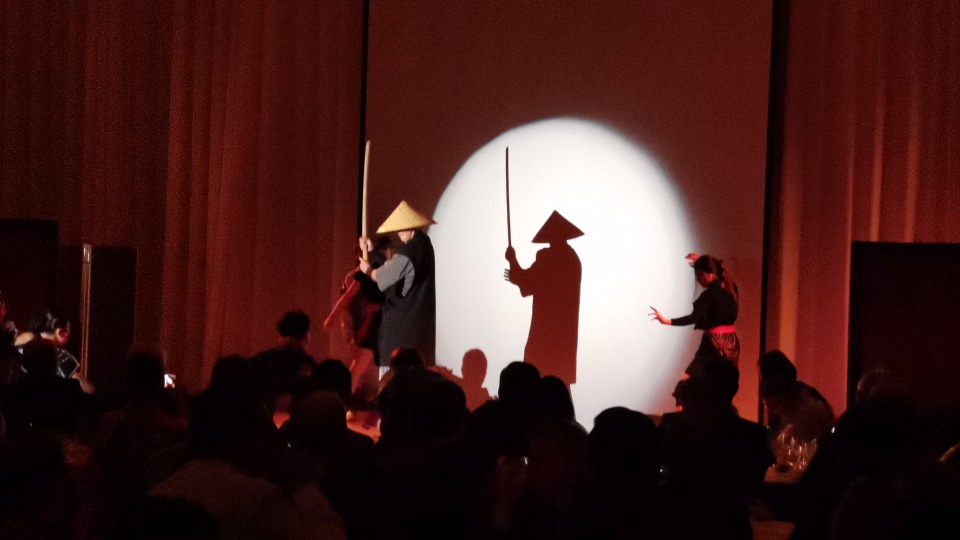 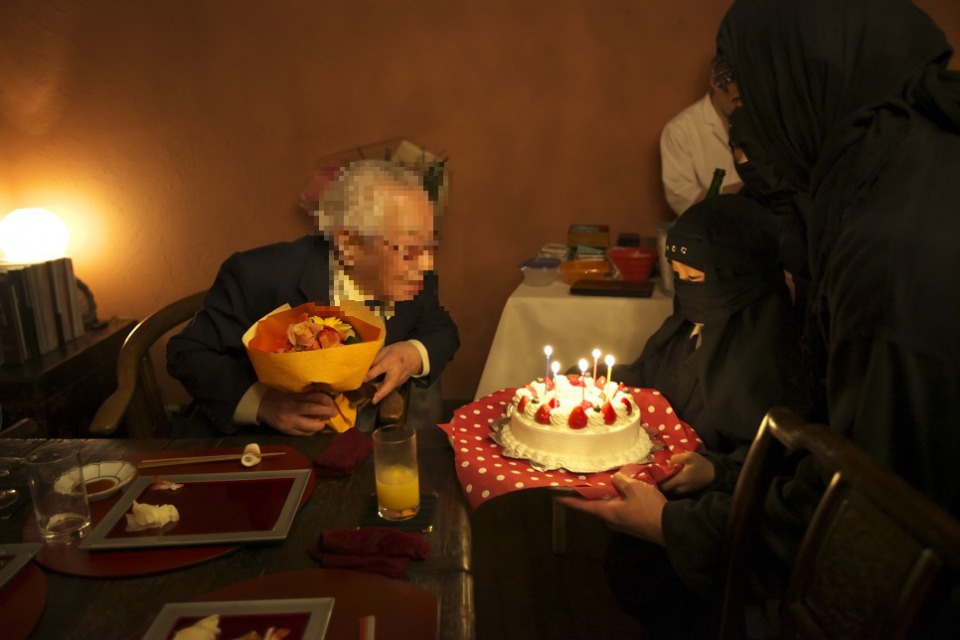 Ninjas have attracted people from all over the world with their unique charm.

Whether someone is interested in Japan or not, they know at least a little about ninjas because of their firmly rooted image in popular culture.

For many people, they are also part of fond memories of their childhood.

– Are unable to form a detailed, targeted researched hospitality plan for a customer,

– Want to give a taste of Japanese showiness, or

– Want to show a group of international customers a good time,

Then ninjas might be the key you’re looking for.

“Ninjas x Entertainment” is a great way to adorn the opening of a celebration or party for international guests.

The spirit of ancient virtue and hero of a worldwide subculture: the ninja.

They can’t fail to fascinate, no matter the occasion.