Overseas VIPs are looking for new and exciting ways to experience Japanese culture.

What kinds of performing arts would allow them to enjoy themselves fully, whilst deepening their appreciation and understanding of Japanese culture?

There is some concern in the industry and with corporations needing to entertain their guests that they are growing bored with the typical experiences available.

For those who share this concern, I am going to use this post to recommend four Japanese performing art experiences, which offer something new and different. I have experience as a dancer in Japan, and as such, I am familiar with many types of performance.

I have included both staples of the Japanese performing arts scene, and examples that are a little more unusual.

This article will only take 10 minutes to read, so if you interested in how best to entertain your overseas guests, please read to the end.

While Japan did received significant influence from China and the Korean Peninsula, among other cultures, it ended up developing a very unique culture in many respects.

Unlike many of the countries of Europe, which are land-locked, Japan was an independent island nation that held a policy of national isolation for much of its history.

As a result, Japan developed a unique and beautiful culture of its own world view.

Japanese culture has produced and nurtured a wide variety of performing arts that have been passed on and preserved from generation to generation, all the way through to the present day.

Even in these modern times where the world around us is constantly changing, Japan’s traditional culture still resonates.

Now I present to you a special selection of four Japanese performing arts.

Four Japanese Performing Arts Sure to Entertain Your Customers 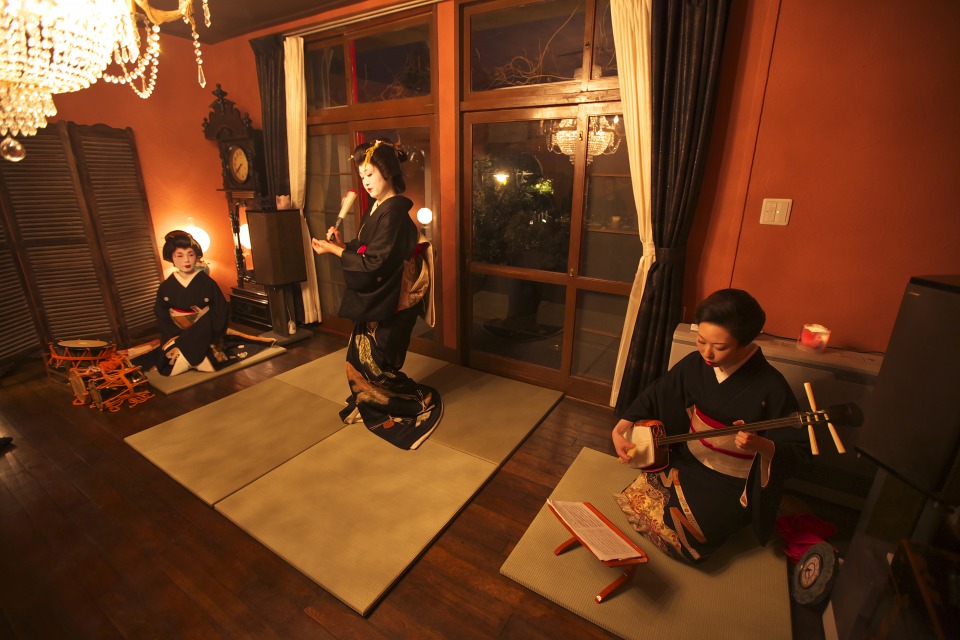 My first suggestion is to have your customers go to see some geisha.

Geisha perform a variety of activities and performances, which would be difficult to explain fully in a single sentence.

Geisha do much more than just sing and dance. They also commonly interact with guests, conversing and offering services, such as dancing lessons, which allows guests to feel a real connection with the performers.

One of the major reasons I recommend geisha is because they are highly skilled in engaging guests and treating them well.

There are many geisha who have learned to speak English and other languages, which makes this an ideal activity for overseas guests.

In addition, many geisha recently have effort into studying and adapting to non-Japanese behavior, which really makes them experts at interacting with guests from overseas.

Along with samurai and ninjas, geisha are one of the most popular Japanese cultural icons.

I highly recommend geisha as they possess great name recognition, and are admired by many.

You may be wondering “but isn’t this too familiar and typical of an activity?”

Actually, this that is only half right.

There is no limit to the things a geisha can do, as they are capable of adjusting their performance and activities to fit each guest and even their mood.

As a result you will never get bored of going to see geisha, as your experience will be different every time.

This is sure to satisfy any VIP guest, and it is also an excellent way for them to experience the cultural importance Japan places on hierarchical relationships. 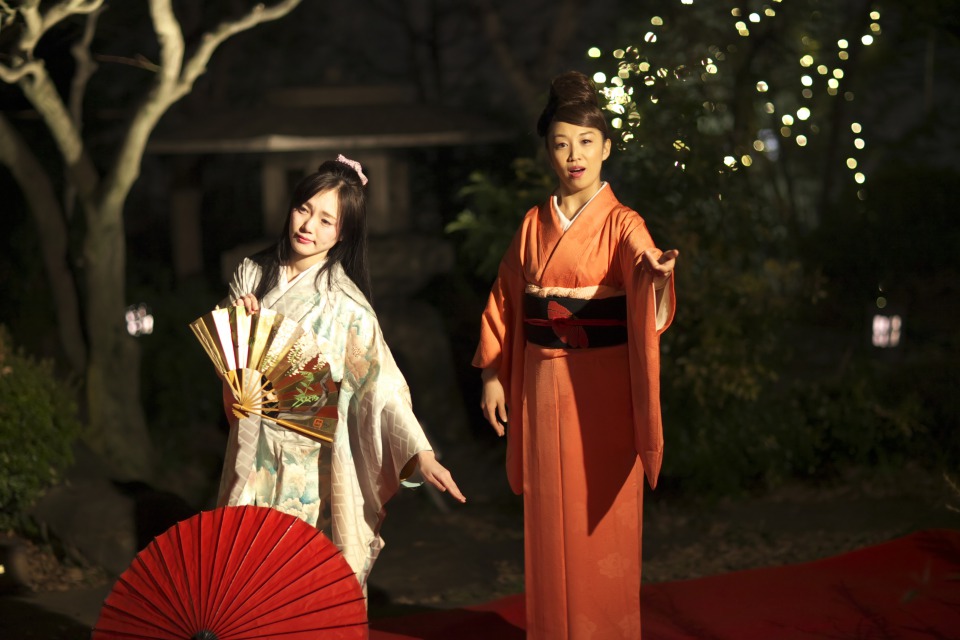 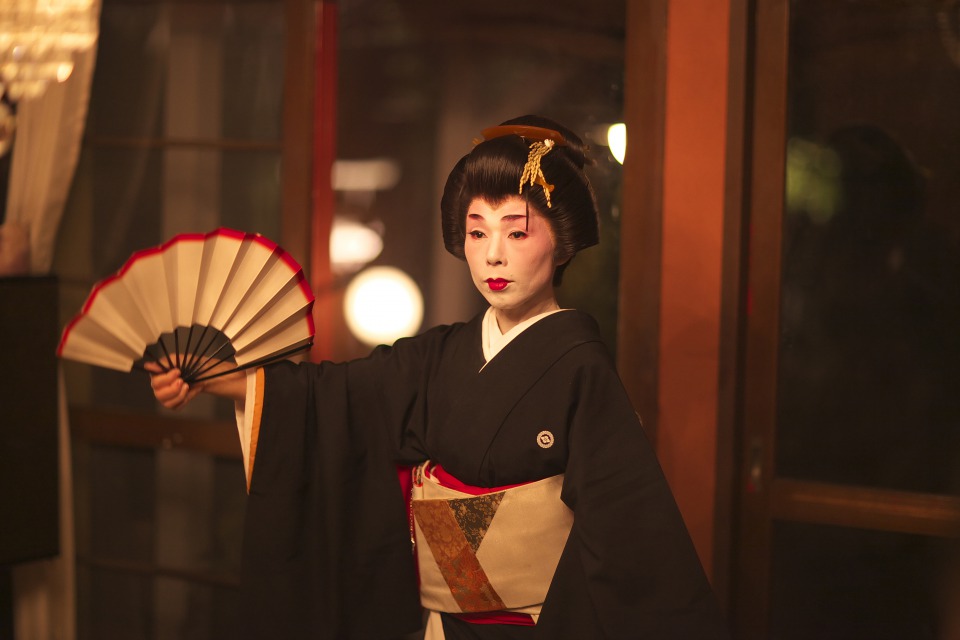 Next, I will introduce buyō, which can be translated as traditional Japanese dance.

I also highly recommend this as an experience.

As with geisha culture, buyō is also a traditional performing art that has been passed down for many generations.

The way Japanese culture has evolved independently over time whilst also incorporating aspects of other cultures reminds one of its position as an island nation.

I recommend buyō because dancing is easy for anyone to understand and relate to, and your guests will be enchanted by its elegance.

Almost every country in the world has some long-held tradition involving dancing.

It probably wouldn’t be an exaggeration to say that the desire to move your body to music, and to connect with the past is part of human nature.

From small tools and knives, to flowers, and even fans, a great variety of props are used in buyō.

All of these items are beautiful and flashy, and even just looking at them is sure to move anyone emotionally.

The vividness is the aspect that will most impress your guests.

What sets traditional Japanese dance apart from dance from elsewhere is how it is treated as a fine art, here in Japan.

When it comes to traditional dance in most countries, it is primarily treated as an activity for everyone to participate in, and for dancing together.

In Japan, however, traditional dance is primarily performed by one leading actor, for the benefit of the people around them.

Buyō, which served as the origin for both geisha and kabuki, is a not-to-be-missed Japanese cultural experience. 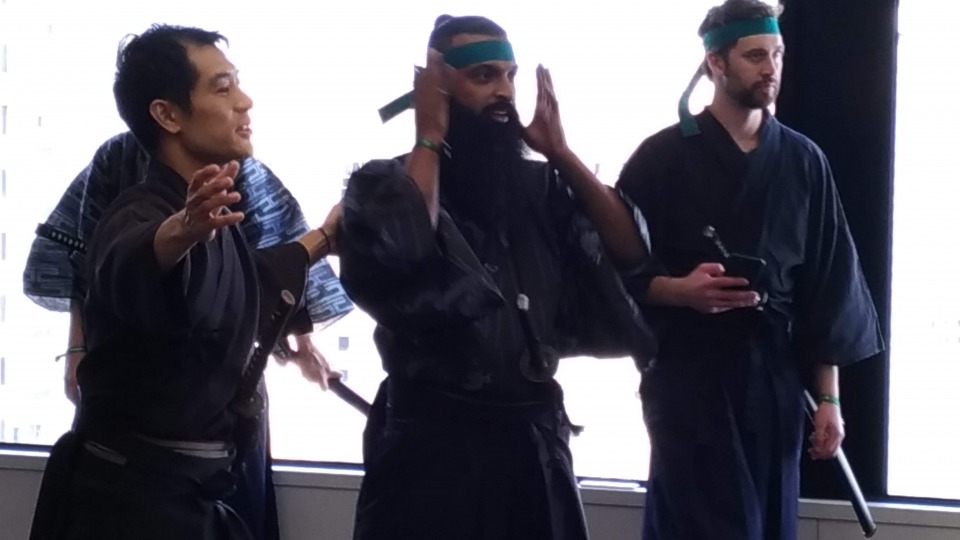 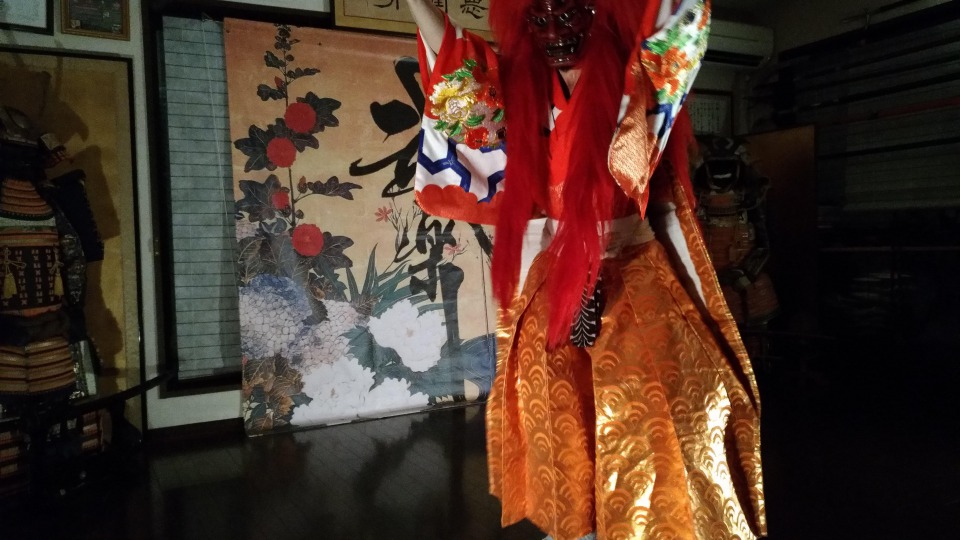 Speaking of must-not-miss Japanese culture, you must not forget ninja and samurai.

When people think of Japanese culture, surely samurai and ninja are two things that immediately come to mind.

Ninjas are so popular there are even “Ninja Dojos” in other countries.

However, the real ninja and samurai are very different from the general image that most no-Japanese have of them.

Let’s take this opportunity to show them the real ninja and samurai.

Some of you are probably thinking,

“Regular visitors will enjoy this for sure, but won’t it feel too cliche for my VIP guests?”

That’s because the samurai and ninja performances you’re thinking of are not the real thing.

The most important aspect of a samurai or ninja performance is that it has to be genuine.

Every aspect of the production from the atmosphere to the language has to be true-to-life, otherwise it cannot be considered a real samurai or ninja performance.

It seems there have been no small number of overseas guests that have been to see superhero shows involving ninja and samurai at amusement parks, and ended up being disappointed.

It’s reality in Japan now that there aren’t many ninja or samurai shows that adults can enjoy. 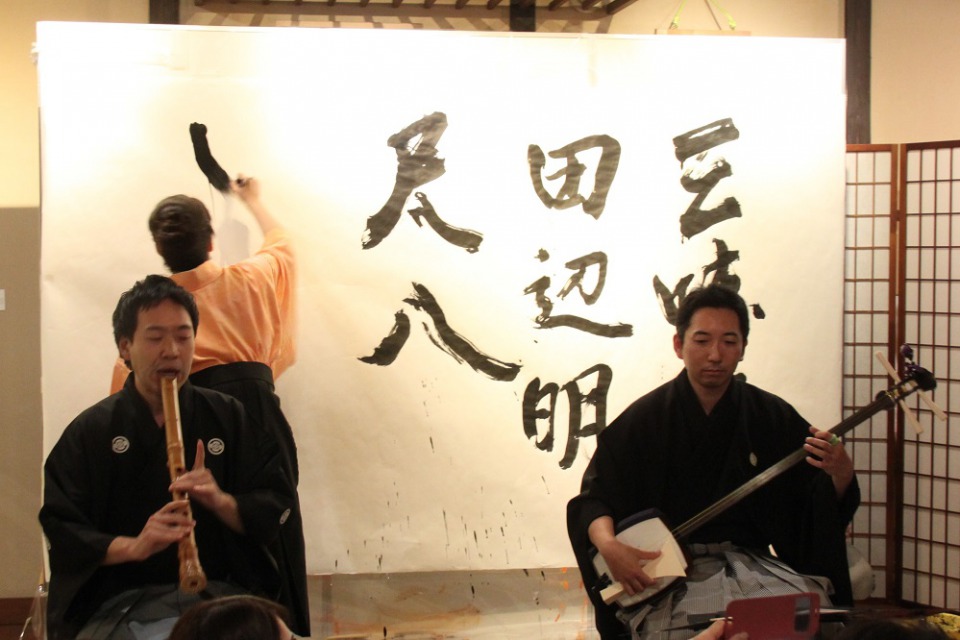 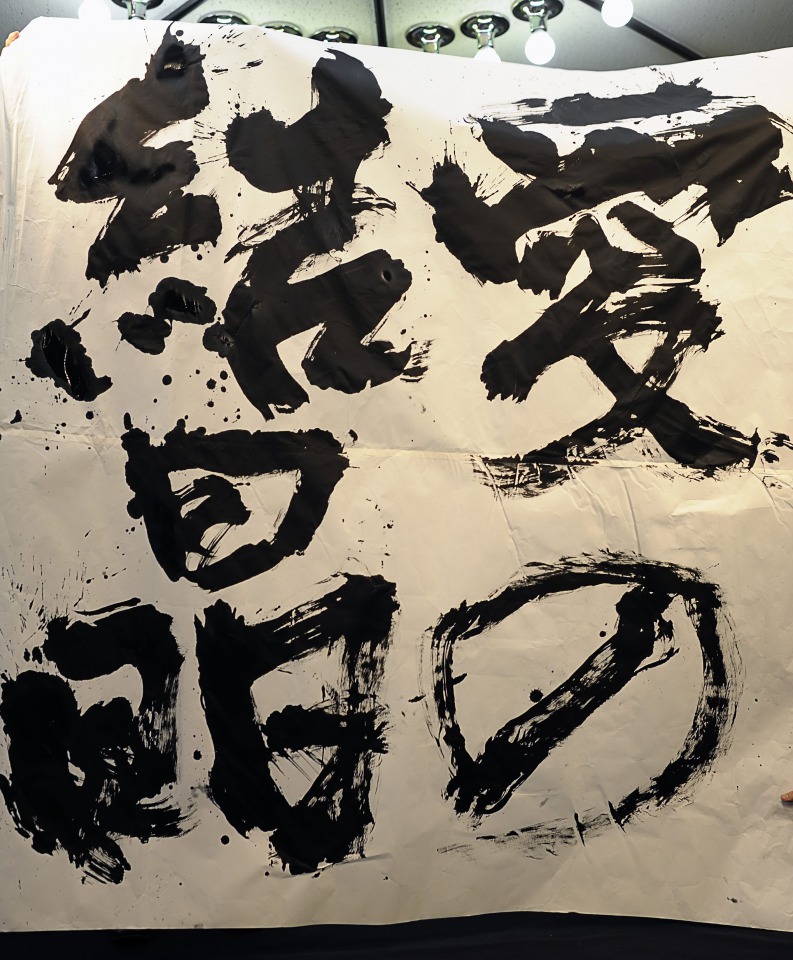 In Performance Calligraphy, a team of calligraphers, using large brushes, complete a work of calligraphy to a backdrop of music and taiko drumming.

Unlike my other recommendations, this is not a tradition that has been passed down for generations in Japan.

This is a recent addition to Japanese culture.

It can be said that this performance rose to popularity as a direct result of the free, modern era in which we live.

In recent years Kanji (Chinese characters incorporated into the Japanese language) have become more and more popular overseas, and many people think the characters are cool.

There are quite a number of people that get Kanji tattoos these days.

I recommend Performance Calligraphy both because of the popularity of Kanji overseas, and because it is a nice showcase of new culture that has arisen spontaneously in modern Japan.

While performances typically use popular modern music, the brushes and ink are taken straight from Japan’s past.

Seeing elements of modern and old Japan being combined into one performance in this way is truly moving.

From the distinctive aroma of the ink, to the pounding of the taiko drums, Performance Calligraphy engages the five senses in a way that few other experiences can.

If your VIP guest hears a melody that they like or makes a special connection to, this will surely become an unforgettable experience. There is a lot to experience in Japan.

It can be quite overwhelming trying to decide what attractions to present, to convey to your guests the uniqueness, elegance, and style of Japanese culture.

In this post I have introduced four types of performance.

They all put the enjoyment of VIP guest first and foremost.

All these performances can also be adapted to the needs of your guests.

And additionally they are all born from a strong desire to put a smile on the guests’s faces.

Please make sure to check out the wide variety of Japanese performing arts.