Your Team Will Love ‘ Karate as Team Building’

“Let’s do a team building exercise.”

“Please prepare a team building exercise for our overseas customers.”

All of a sudden, you receive these sorts of requests from your colleagues and customers. What should you do?

I have a suggestion that Japanese people and overseas customers will love.

“Karate? How do I make that into an event?”

“Why is karate good for teambuilding?”

Allow me to answer those questions.

One of Japan’s Representative Martial Arts 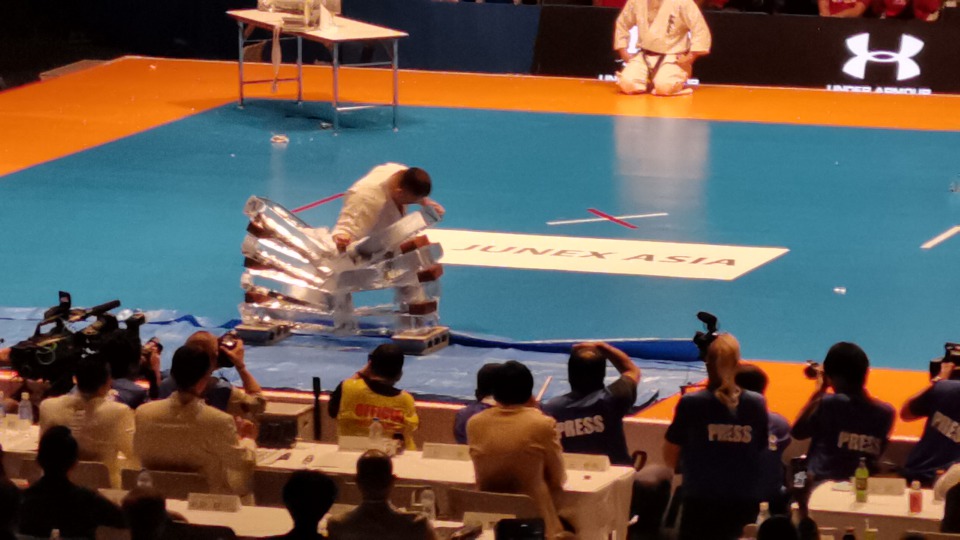 In Japan, there are many schools of martial arts.

Schools that use your whole body, and test your strength and technique are called budou. Karate is one of those. Karate can be split into two forms, called kata (form) and kumite (grappling). Nowadays, karate is considered a representative martial art of Japan, but it originated on the Ryūkyū Islands, now known as Okinawa.

The Spirit of Karate 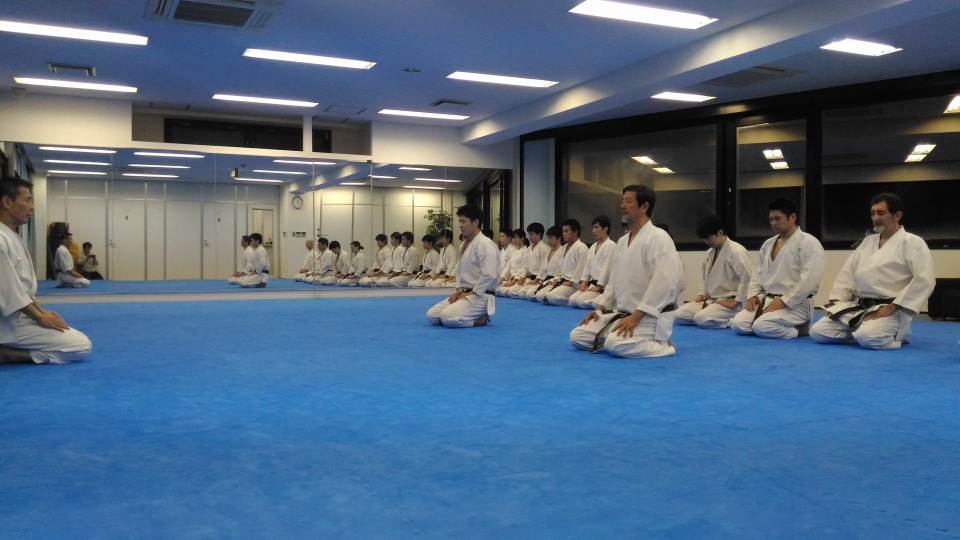 In budou, shingitai (heart, technique, and physique) is essential. It is thought that finding the balance between spirit, technique, and body is the key to becoming stronger. In karate, social standing and relative wealth have no relevance. The only differentiator is the colour of your belt, which denotes your skill level. In order to move up to the next belt, one must improve their shingitai.

Overseas, the main impression of karate is sparring against an opponent, so when they come to Japan, this is the way they will want to learn. 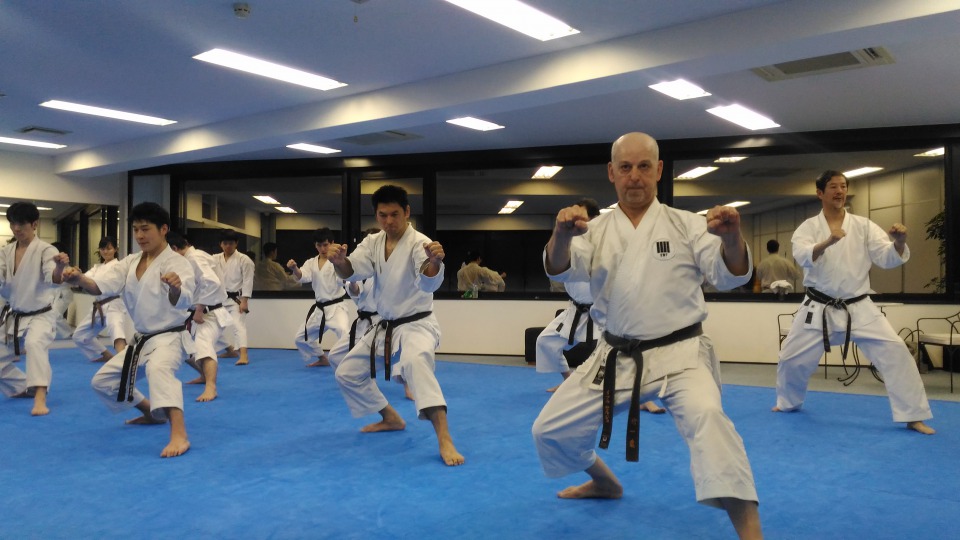 Japanese budou is popular overseas. Many people will not just know about it, but will have taken classes at some point. It’s estimated that there are over 100 million people practicing karate in dojos all around the world. Nowadays, karate is thought of as a sport around the world, but the term “sport” doesn’t encompass all that karate is about.

These other aspects of karate are the reason why it works as a great team building exercise.

What Non-Japanese People Expect From Karate 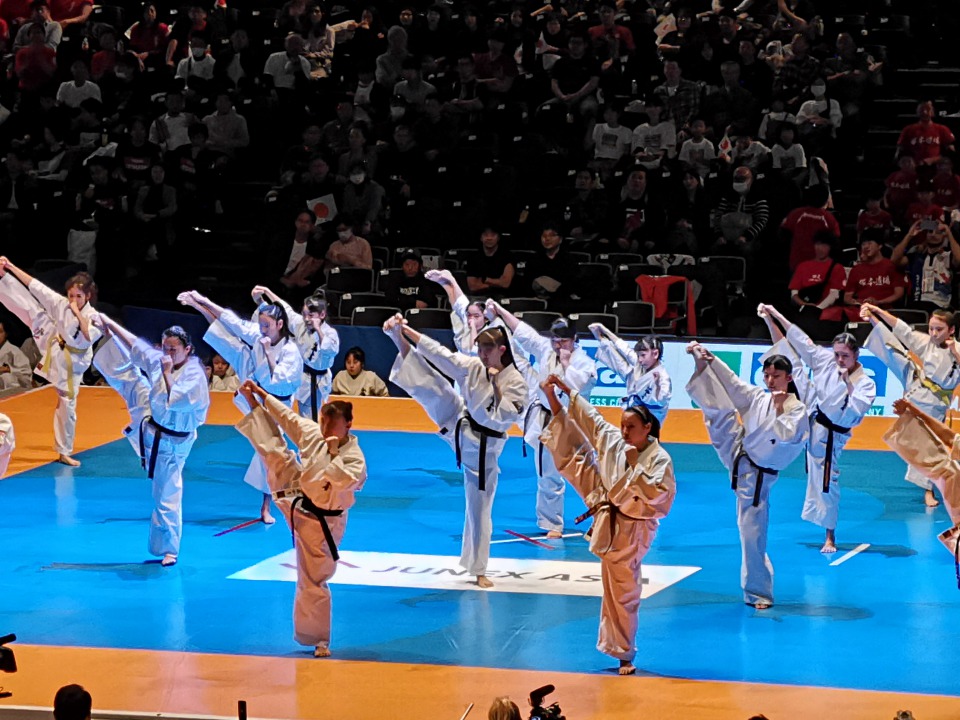 For example, before a match, each participant bows to the other. This is a way of showing respect for the opponent you are about to battle, but for non-Japanese people, it is moving.

Furthermore, you bow whenever you enter or exit the dojo. This is a way of showing respect for the place, but once again, for non-Japanese people it is surprising. This way of thinking, with a lack of emphasis on just winning matches, is an appealing quality of karate. 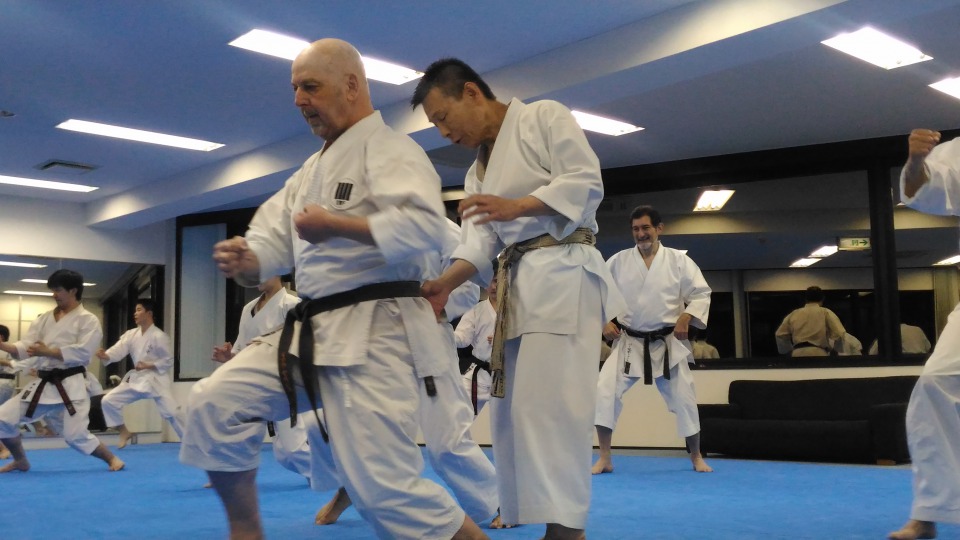 This form of karate is performed alone. Opponents compete by performing dozens of techniques, and are judged on their beauty and power. If you haven’t grasped the basics of full-body control, then you can’t excel at kata, which is why it’s taught as the foundation of learning karate.

This form of karate involves two participants. There are many forms of kumite, including spars with an agreed upon set of moves, and matches where the objective is to defeat your opponent.

The fundamental principle of karate is self-defence, so the objective is to finish your strike just before actually touching the opponent.

In practice, most people learn a balance of both forms. 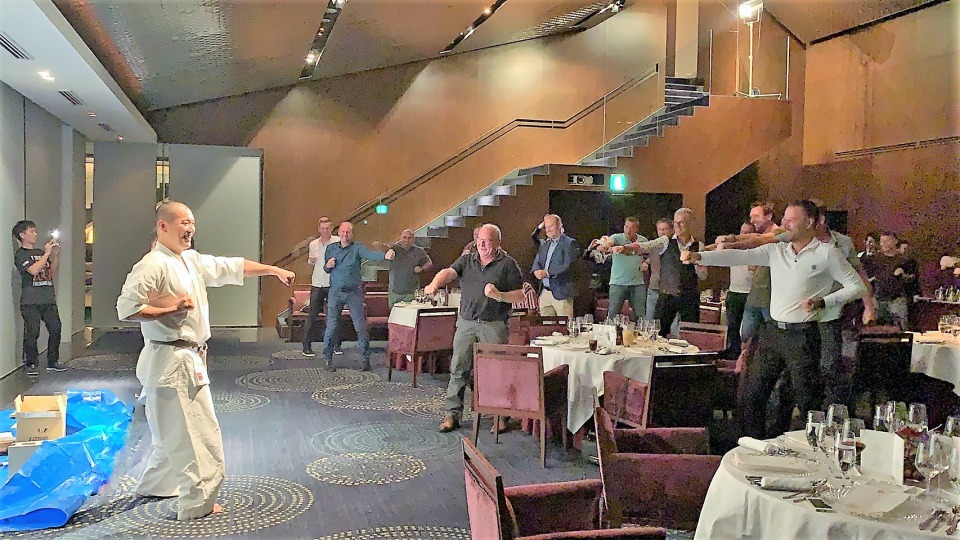 In preparation for the 2020 Olympic Games, the Japan Sports Agency began a program in 2018 named “Budou Tourism”. The initiative was targeted at inbound tourists in order to increase interest in karate overseas.

One of the unique characteristics of karate is that different forms can be chosen depending on the person. This program emphasises kata for beginners, and kumite for people who have experience with karate.

Karate works for large and small numbers of people, regardless of their experience, which makes it perfect for group events.

What is Team Building? Team building is “an initiative where a group works toward a single goal, in a way that fully utilizes the skills and ability of each individual.”

The crucial point is that it’s not just accomplishing a goal together that would be difficult for a single person. It’s about demonstrating the ability of each individual member while accomplishing the goal. The emphasis is on growing as a team, while also growing as individuals.

If you are in a situation where people say that “aside from a few talented people, the team can’t function”, then team building can be especially effective.

Karate as a Means of Team Building 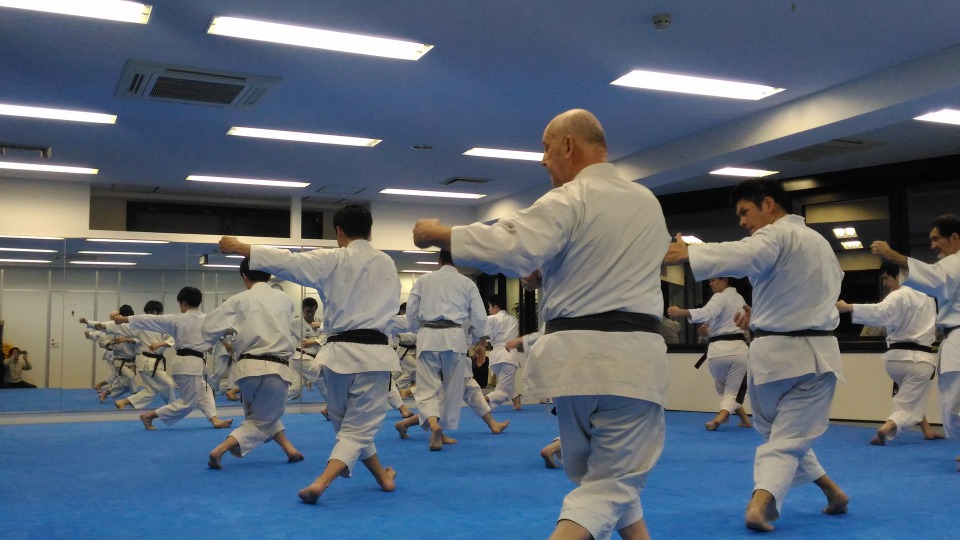 If you’re going to use karate for team-building, you should decide on one of two forms:

As each individual improves the strength of their body and soul, they will also improve as a team. However, the emphasis should not only be on team building, but on karate itself.

How Does Karate Affect Work Performance? 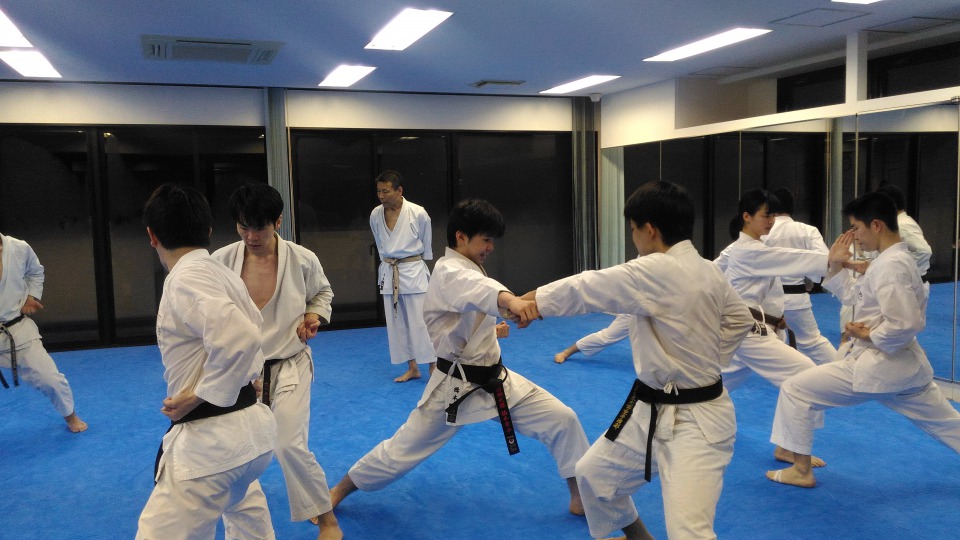 When practicing karate, the main thing to learn is how to use one’s body. Before learning techniques, one must learn the fundamentals, such as proper form, breathing, and control of one’s body weight. In reality, these are harder than one might expect, and it is said that just learning the fundamentals requires remarkably increasing one’s focus.

Apart from the coordination of mind and body, other things that people can learn from karate include:

As we can see, karate is not simply a sport where you play to win. Outside of a match, it teaches you to fill your heart with respect and gratitude for your friends, your opponents, and the places and things you encounter in your everyday life. Therefore, it can teach us that we can always improve and leverage our skills in the workplace.

On its own, event planning, where you need to come up with the contents of the event, and then arrange it, can be a stressful job.

If you’re trying to come up with an event that’s both fun and will have a positive effect on the workforce, karate can take out two birds with one stone.

For an experience that’s more than just fun, look no further.