You want to introduce your international guests to entertainment in Japan that they can enjoy after they have finished work for the day, i.e. after business hours.

If you were asked about what to do in the evening after work would you know what to suggest? What are the choices and options available during non-business hours?

In this article, we will introduce you to the current state of the night time economy in Japan, and give you some examples of what you might recommend.

What is meant by the ‘Night-time Economy’? 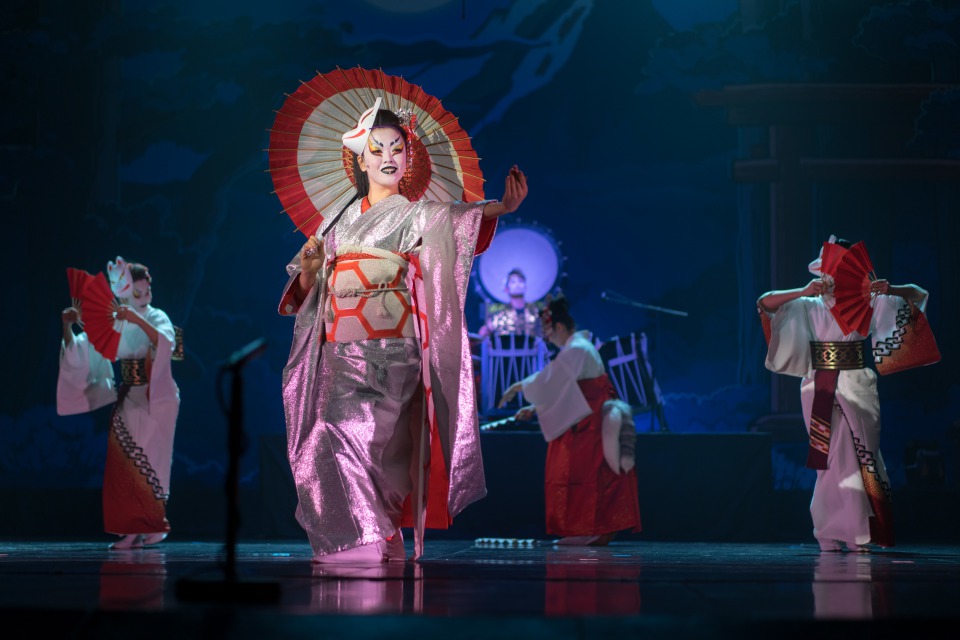 The Night-time economy refers to economic activity that takes place during the night hours, the main hours of activity being from 8pm to 3am.

In Japan it has featured more and more in the news in recent years as Japanese companies have been cutting back on their night time activities, for example by reducing employee overtime and the number of restaurants and other establishments operating 24 hour per day.

This has been in response to the decreasing labour pool of part-time workers as an impact of the falling birth rate here, a trend that has continued from the 1970’s. This has only been partially offset by increases in foreign labour.

However, there is a move to develop night-time services to cater to the needs and demands of tourists.

This is a counterpoint to the tourist  economy driven by daytime activities such as visiting temples and other attractions.

Although the number of overseas visitors to Japan has increased in recent years, there have been complaints about the lack of options at night.

Night-time economy around the world The lifestyles of local residents have a significant impact on nightlife, services and infrastructure.

Differences in cultural backgrounds need to be taken into consideration when introducing measures and systems to promote and support night-time tourism.

For example, in London and New York, the business world is generally free of overtime and there is a 35-40 hour working week.

As a result, people tend to go to bars or pubs after work, or go out again after going home to enjoy the nightlife, including attending theatres and having dinner.

Nightlife in Europe and the US is about private time away from work and colleagues, which is a different to Japan’s strong work culture, where people tend to eat and drink with their colleagues after working late.

Also, people in London and New York are three to four times more likely than counterparts in Japan to engage in nightlife until after midnight.

When travelling abroad, Japanese people tend to return to their hotels earlier than Londoners and New Yorkers do.

The lack of nightlife in Japan is not only due to transport and infrastructure not supporting such activity, but also due to differences in lifestyle which influences the demand for such transport.

This is more due to cultural differences that economic reasons.

In the West, nightlife is a private affair and there are places to enjoy it close to home, whereas in Japan, certainly in the big cities, nightlife is more of an extension of work, with many nightlife venues close to the workplace, and until recently at least, it has been seen as a business mainly catering to males.

For this reason, the image of nightlife is difficult to characterize here, and there is a tendency to feel uncomfortable about leisure facilities and zoos, etc., opening at night.

To improve the nightlife in Tokyo, it is possible to focus on both the everyday and the extraordinary.

When offering non-Japanese visitors something that is everyday to Japanese people, we should try to make it fun to for them to experience cultural differences, and for establishments that they are familiar with in everyday life, such as bars and pubs, we need to operate establishments that are welcoming and comfortable.

The presence of Japanese customers can also have a dramatic impact in places that are unusual for overseas visitors, such as ‘Izakaya’ (Casual eating and drinking establishments) and Sake bars.

There is competition for tourists not only amongst Japan’s major metropolitan areas, but also with other destinations around the world, as International cities develop their “time markets” to support nightlife, in the context of the night time economy. 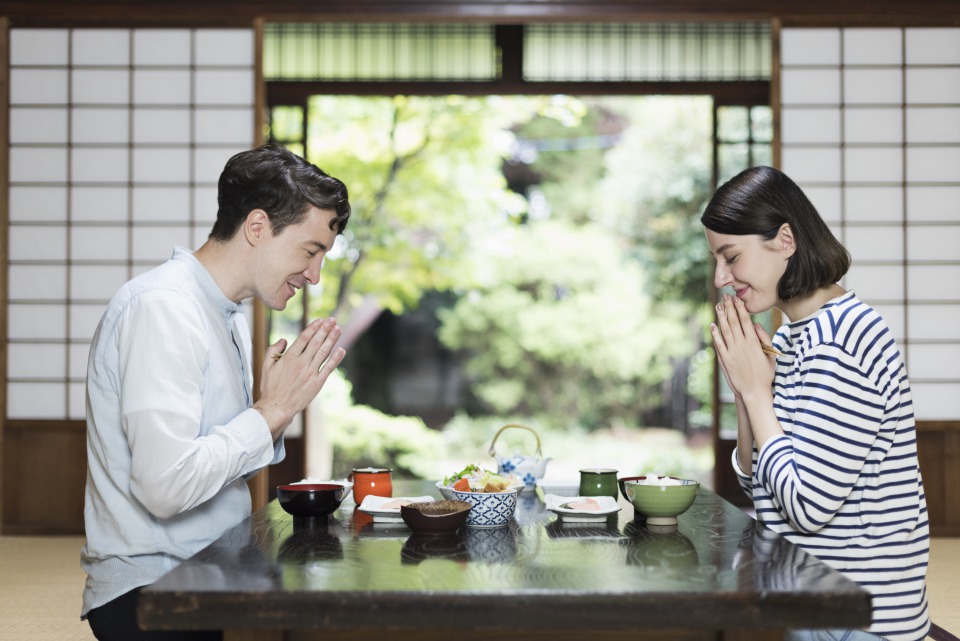 When one lives outside Japan, particularly in Europe and the US, one feels that there is more free time, particularly during evenings.

This may be partially due to the implementation of daylight saving time (summer time) in many countries from April to October to take advantage of daylight to spend evenings with family and friends.

In many places in Europe, US, etc, it is light until around 10pm, something not experienced in Japan where the sun sets relatively early even in Summer.

In other countries, such as China and Singapore, family time is longer and the children are often still up when their fathers come home, which is not the case in Japan.

In many Western countries, dinner for adults is served as late as 9pm.

Parties may even start at midnight in some circles.

In Japan, on the other hand, the family dinner is served at around 6pm.

After dinner, in households with futons (Roll down beds), bedding is laid out following dinner.

This can be bewildering for overseas visitors who are used to staying up much later. It’s OK to eat early, but it’s difficult to know what to do with the remaining time after dinner. Particularly in rural areas, there may be little open and limited entertainment nearby. So it can be difficult to find a good way to spend one’s evenings, and you may end up on your smart phone.

As visitors are expecting to have a good time, we are obliged to show them how to enjoy themselves during evenings in Japan.

Nature tourism has become a global movement. If you are in a rural area and therefore close to nature, it is worth thinking how this could be harnessed to serve tourists, even at night.

However, in most countries around the world nude communal bathing is not the norm (there are only a few countries where volcanic activity gives rise to natural hot springs), and visiting an Onsen may be a new if not disconcerting experience.

We should look at ways inform visitors about the practice, and in particular the etiquette, so that they can relax and enjoy the experience.

In the future, when we think about mature inbound tourism, we need to propose a more enjoyable way to spend the night hours (night time economy) also.

City Planning for the Night-time Economy 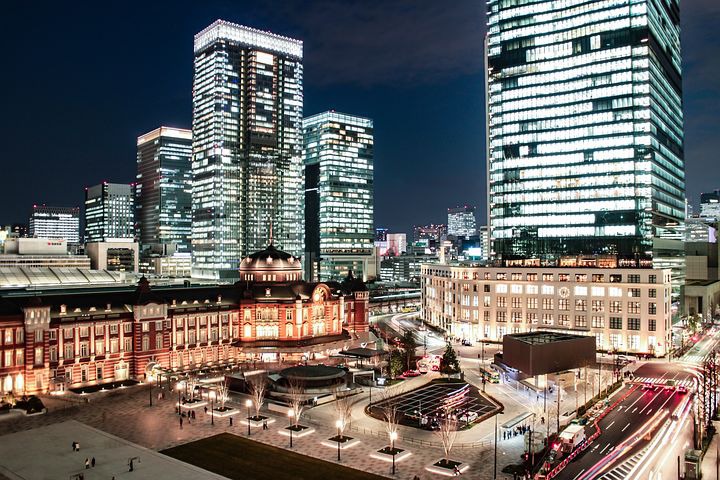 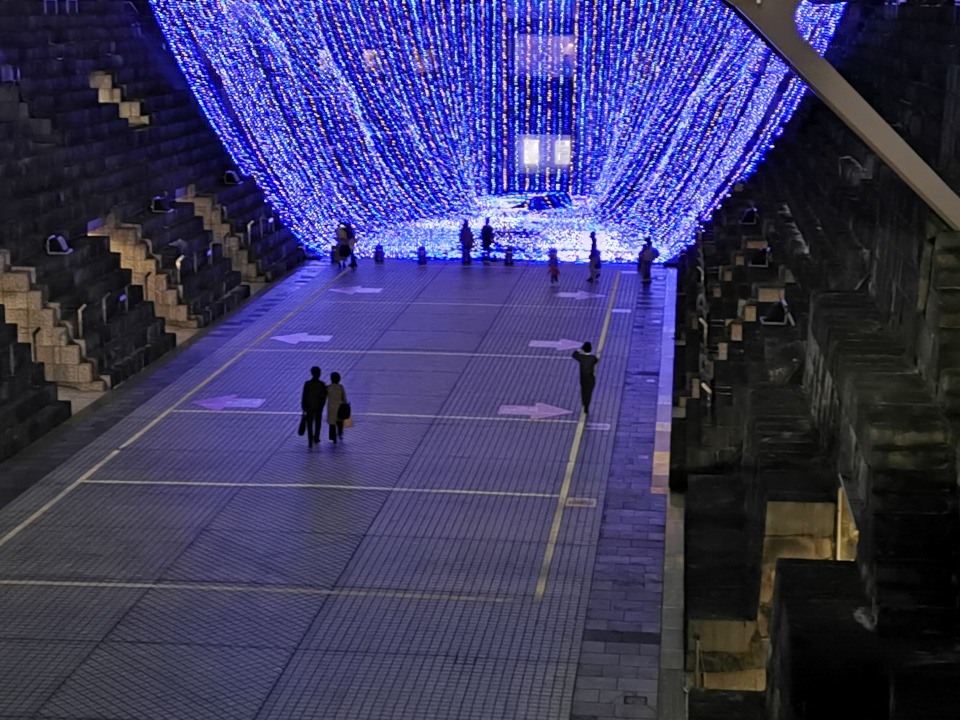 Many overseas tourists visit metropolitan areas such as Tokyo and Osaka, but in some respects the revitalization of nightlife has been constrained by the focus on the local population’s concerns, such as overtourism.

There is also an undeniable concern amongst the Japanese night-time safety (especially late at night) is gradually being undermined.

There is a need for the national government and cities to work together on policies and concrete measures regarding nightlife, and to collaborate with private sector operators.

We need to look at nightlife not only from the perspective of the night-time economy, but also urban planning, which should aim to create places where people can enjoy themselves together with their neighbors in safety and security.

How can we make Japan’s “face of the night” more attractive for people at home and from abroad also?

It will be necessary to come up with ideas that are somewhat unique to each city and region. 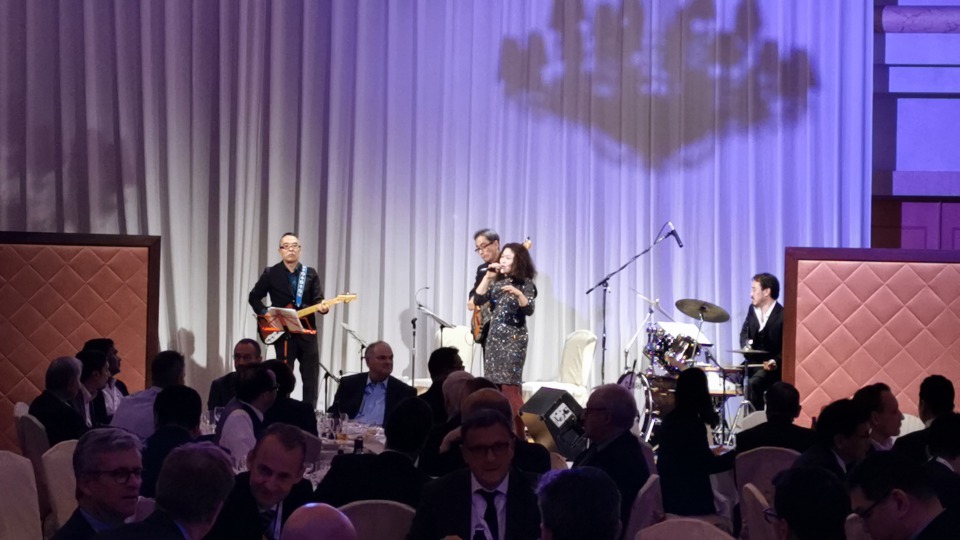 If you are interested in event planning in Japan for overseas visitors, please refer to this article.

Three examples of event planning in Japan for overseas visitors

The night time economy is not just about imbibing alcohol, and club-style  entertainment predominantly for adults, it’s also about a different kind of tourism.

By creating areas where visitors would want to spend their evenings and nights, we can prepare for a future where the number of visitors to Japan is increasing substantially year by year. 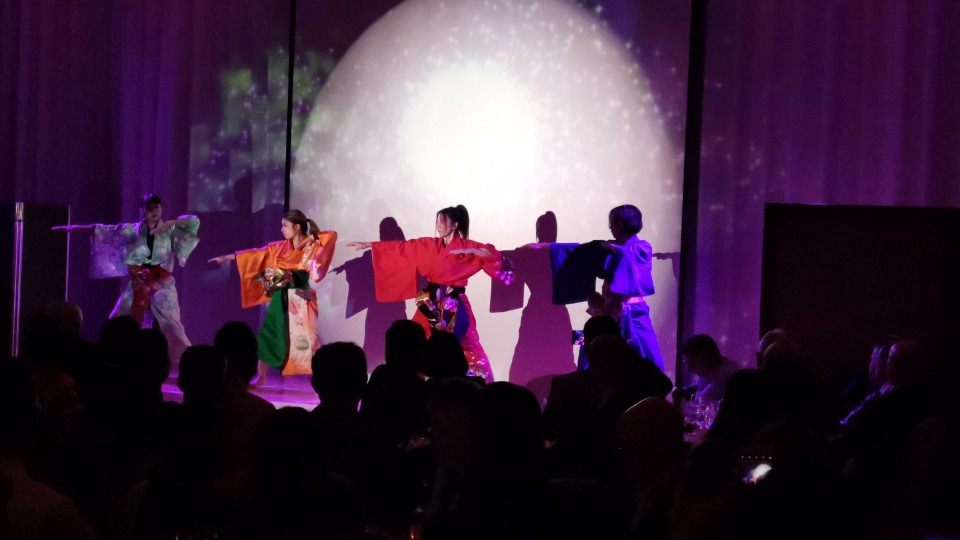 Viewing a Ninja experience at is also different than daytime.

Ninja are in their element at night, where they can use the darkness to conceal their movements until they are ready to strike.

You can enjoy watching a Ninja show against the backdrop of the night sky and get a sense of real Ninja moving stealthily under cover of darkness.

The show also uses lighting techniques, such as neon spot lights in the night sky, and the recently popular projection mapping. 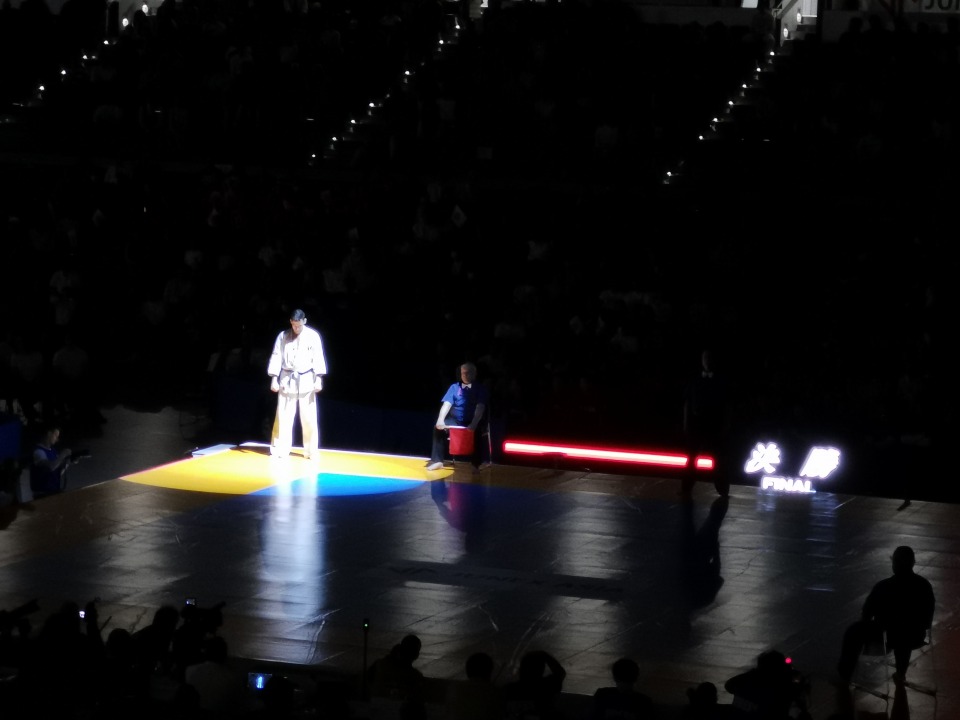 With use of neon lights in the night, Karate can be made to look even cooler.

Not only can you experience a night performance of Karate you can participate in a session, for example, after your day’s business is complete.

Karate is a fun way to train at night. 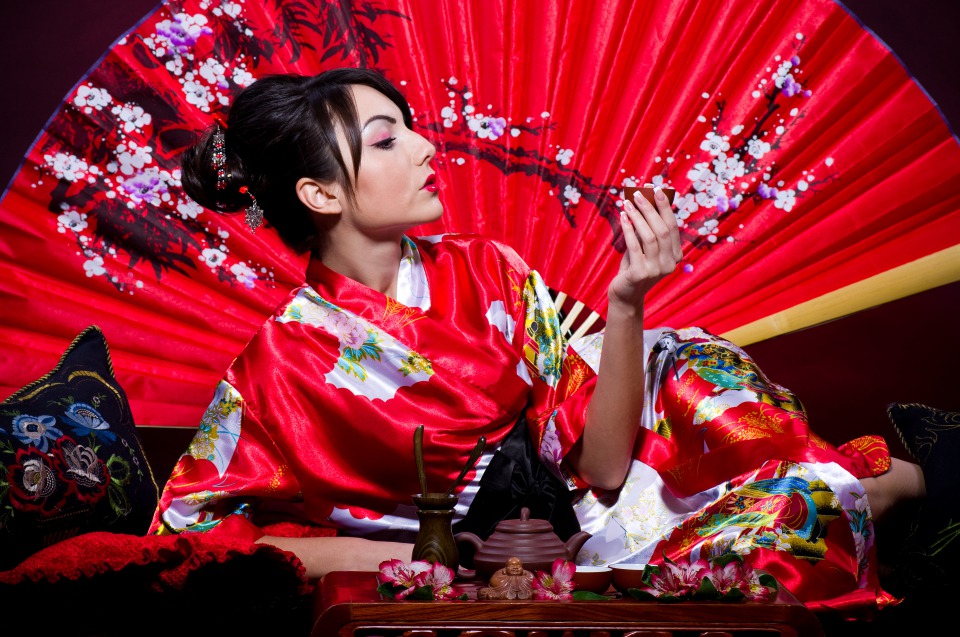 You can enjoy taking tea at night just as as you would alcohol.

The tea ceremony is the perfect way to relax and enjoy the night.

The tea ceremony is a prestigious event, but within the night time economy, you can enjoy a different kind of tea experience.

Sake tasting and parties at a brewery 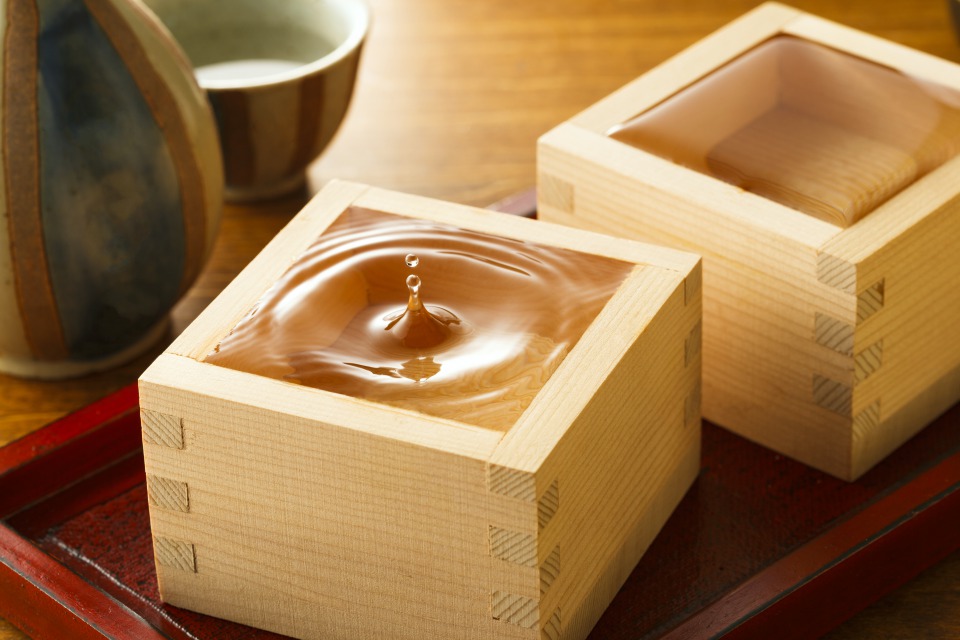 How about renting out a bar venue specializing in Sake and having a Sake tasting?

This is a great opportunity to taste some of the rarest and most sought after Sake, even by local Japanese.

You will also be able to taste old varieties Sake that are only available at specific breweries.

It is also possible to pair each Sake with a different culinary dish, much like wine.

How about arranging for a luxurious party at a Sake brewery?

We can even arrange for a master sushi chef to expertly slice up a whole tuna into its various cuts, such as ‘akami’ (red meat), chuu toro (medim fat), ‘Ohtoro’ (Premium fat).

The Tsugaru shamisen is a powerful instrument, with a thicker neck than conventional shamisen.

The instrument and powerful style of play hail from the Tsugaru region, the Western half of Aomori prefecture.

It is often likened to Jazz, due to its exciting improvisational quality.

Having a duo makes the play even more exciting, with the artists sometimes playing in unison, and at other times breaking into a solo run, with one playing whilst the other gathers strength for their own solo run.

The Tsugaru Shamisen will capture the hearts of your guests with its  powerful live jazz like quality. 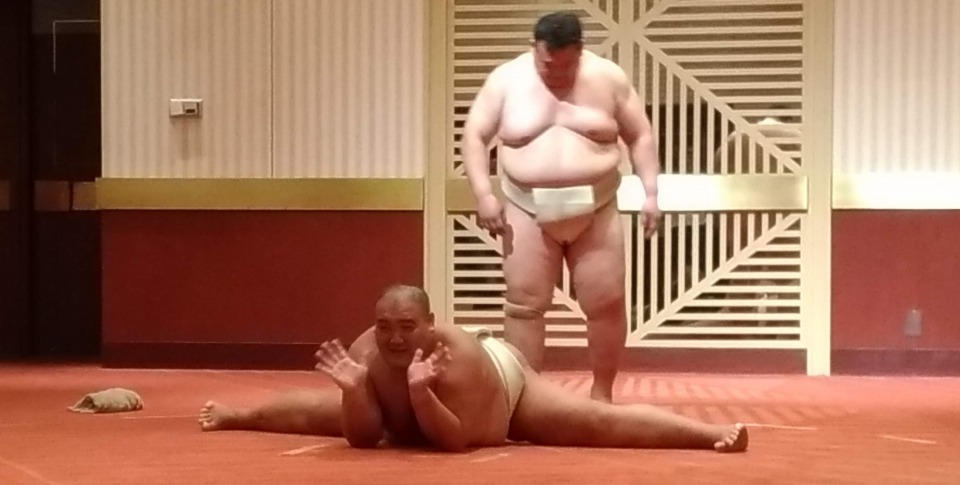 The Sumo experience is more than just about watching Sumo wrestlers perform and compete in tournaments.

Although the guests cannot compete with real sumo wrestlers, they can join them in contests of strength, arm-wrestling, etc., which is a great way to entertain any number of guests.

What do you think about nightlife options available in Japan?

I believe it’s more fun to deliver Japanese entertainment at night in a different way and atmosphere than daytime.

Entertaining overseas guests well during night-time will contribute to expanding inbound business in the future.

We hope you find this worth considering.