When you have international guests visiting Japan, do you ever wonder what type food to treat them to? It can be difficult to choose, especially when your guest has gourmet tastes.

Japan has so many delicious foods to choose from that it can be a double-edged sword. In that case, why not try making your main course saké instead of food? There has been a Japanese food boom of late, and that is starting to carry over to saké.

However, just drinking it on its own is not enough. So, today I will present to you the best way to fully enjoy saké.

The Charms of saké

Saké’s Rising Popularity Around the World 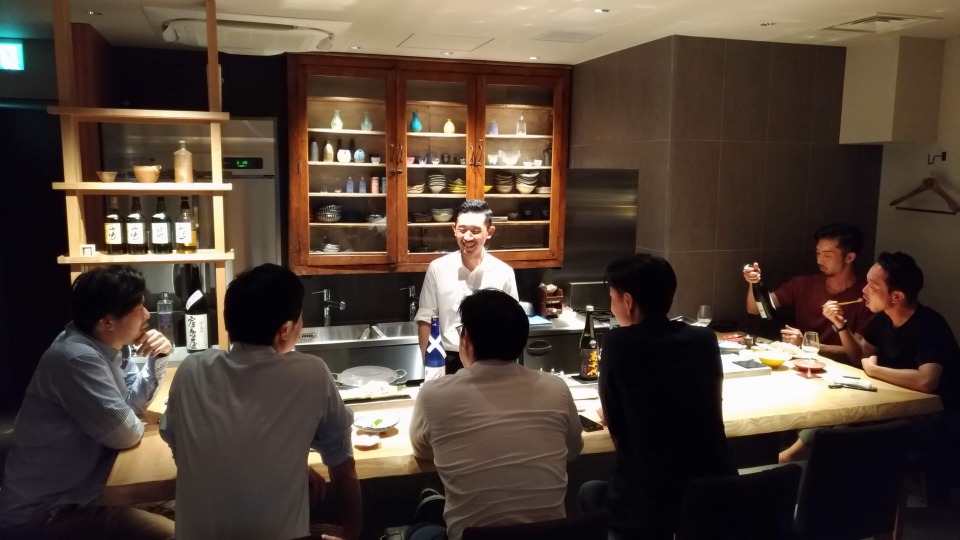 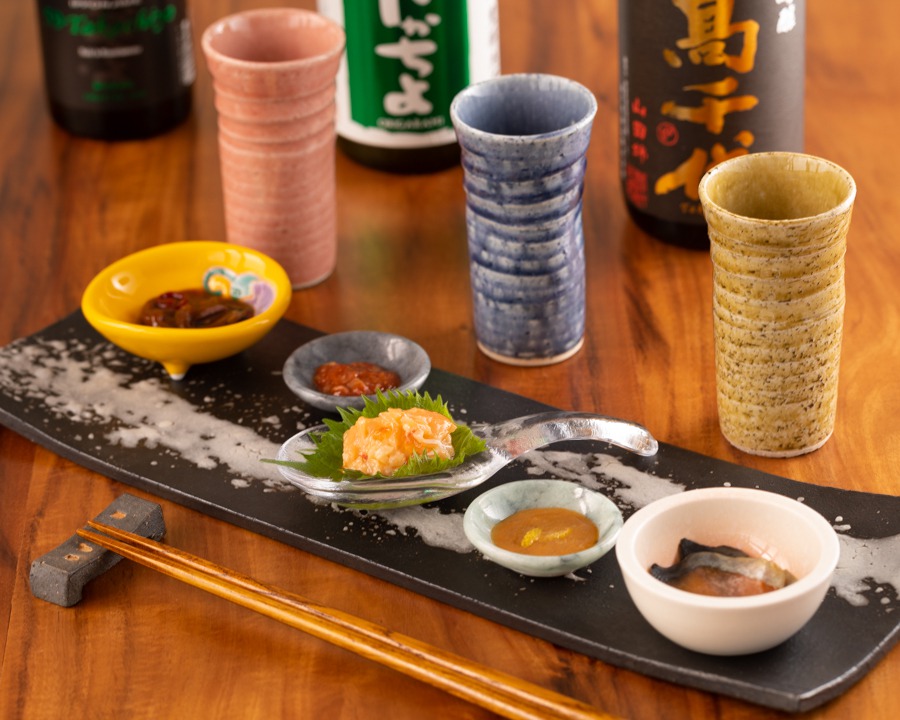 Known as Nihonshu in Japan, saké’s popularity among non-Japanese people has been rising.

The turning point in the overseas Saké Boom was in 2013, when UNESCO recognized Japanese cuisine as a part of Japan’s “Intangible Cultural Heritage.”

Until then, most people around the world were only familiar with the Japanese food you can find anywhere, such as sushi or tempura.

In fact, in Japanese restaurants overseas, you can find a lot of dishes that you won’t find in Japan — dishes that are inspired by Japanese cuisine but are completely different from real Japanese food.

With the UNESCO recognition, it became imperative once again to show the world just what Japanese cuisine actually is. Along with this came a new appreciation of saké, a crucial element of the taste of Japanese cuisine. 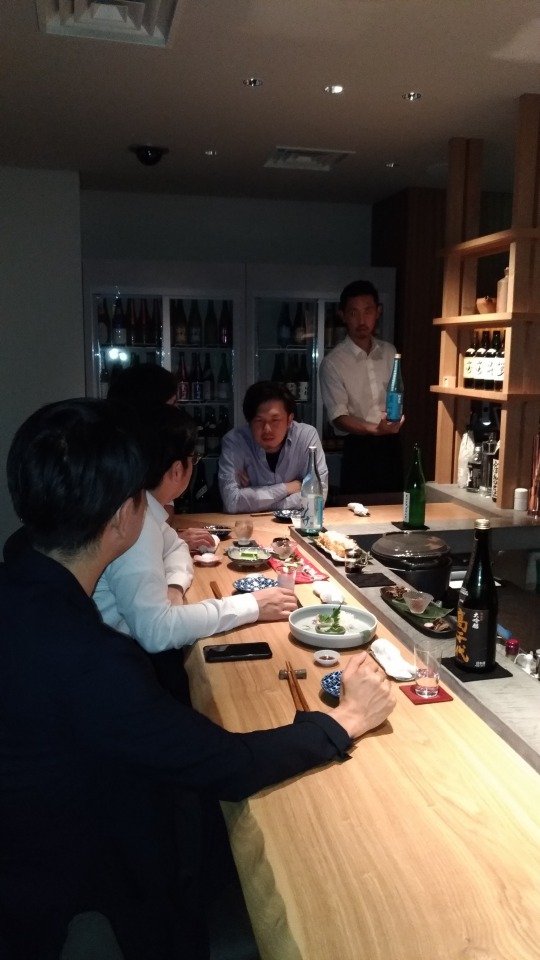 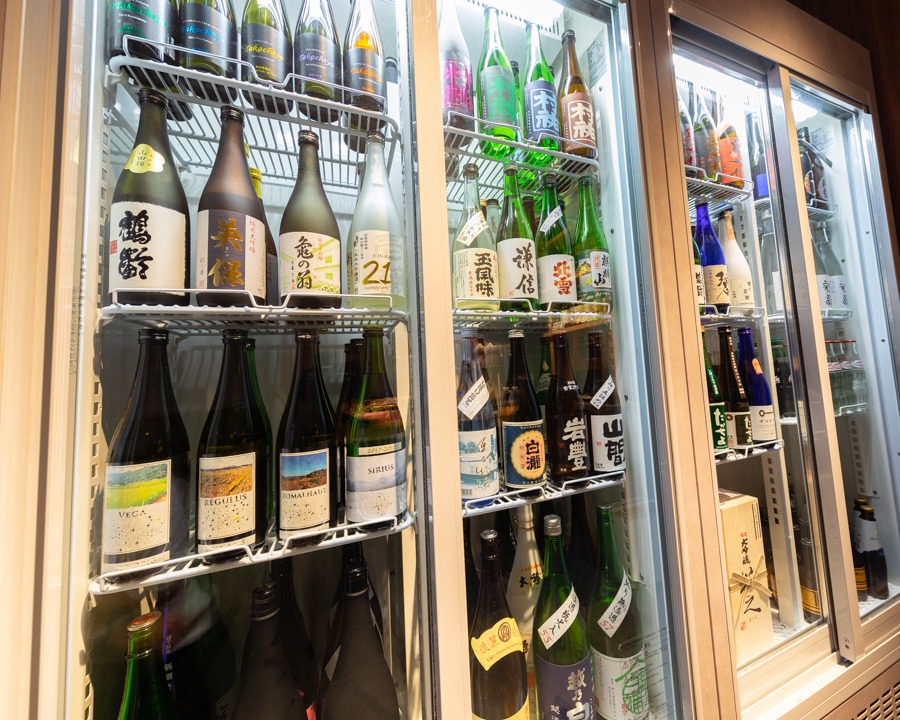 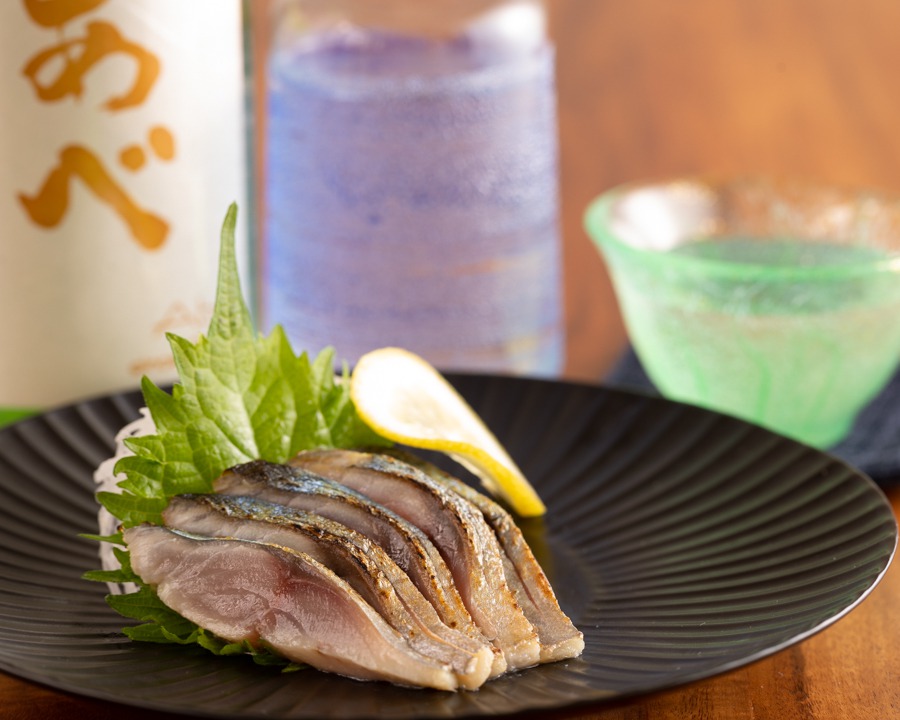 With Japanese cuisine’s newfound recognition, people are becoming aware of the difference between traditional and first-class cuisine on the one hand, and regular everyday foods like conveyor-belt sushi on the other hand.

It is the same with saké. High-class restaurants that serve saké as their main attraction are raising the status of saké around the world, to the point where international celebrities are taking notice.

The world-famous chef Joël Robuchon, sometimes known as the “God of France,” became so interested in saké that he opened a restaurant in Paris in 2018 that specializes in it.

It seems like the popularity of saké is only going to increase in the future. 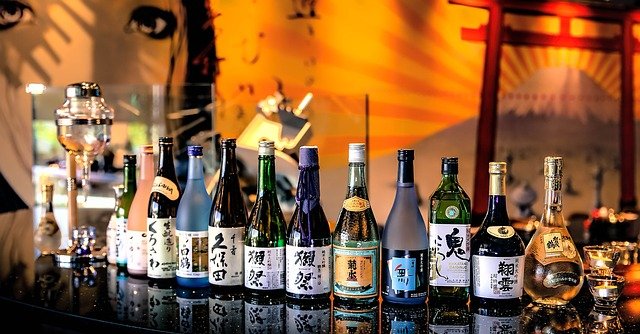 If you are interested how  you create a special and unique premium entertainment experience for your VIP guests on a theme of sake tasting, please refer to below article.

[For VIP] Rare Sake how to taste in Japan

The amount of saké being exported has been increasing steadily, but it’s important to note that because of tariffs, buying saké overseas is more expensive than buying it in Japan.

What’s more, certain premium saké cannot be bought by saké lovers outside of Japan for any price because of its scarcity.

People might have heard of or drunk the brand “Dassai”, which the Japanese prime minister Shinzo Abe gave to Barack Obama as a gift during his visit to Japan in 2014. However, there are plenty of other delicious premium saké brands that exist across Japan.

A Private Room for a Better Atmosphere

When you’re entertaining important customers, creating as luxurious an atmosphere as possible is an opportunity to show your strength as an organizer.

If you are thinking of treating guests to saké, especially if it’s only a small group, I recommend booking a private room. The reason is that, while the sakés taste and ability to complement the food is important, its true value is as a conversation starter. In a partitioned room, you can more easily provide commentary on the saké as it is being drunk, and enjoy a lively conversation.

You can truly appreciate the fragrance of the saké and cuisine without smells from other tables getting in the way. While enjoying the food at a relaxing pace, the saké plays a supporting role.

Furthermore, you can invite geisha to join you, and your guest can revel in the geisha’s beauty and conversation as she pours drinks for everyone.

Enjoying saké and conversation is an opportunity to create a closer bond with your guest. Saké creates a fun, relaxing closeness, and can warm the heart of even the stiffest guest.

The best way to leverage these merits is in a private room, free from the eyes of people outside your party.

Enjoy Saké at a Brewery

Brewery Tourism as a Special Feature 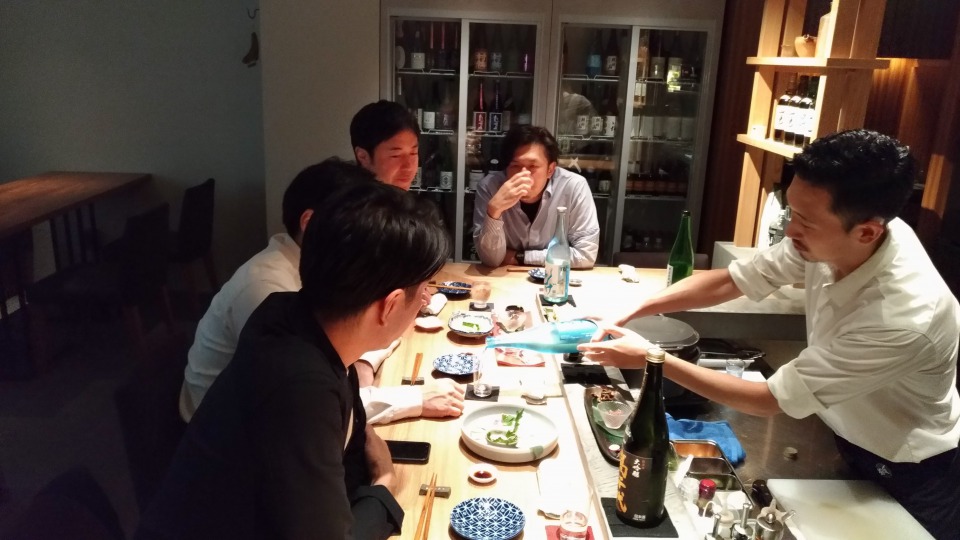 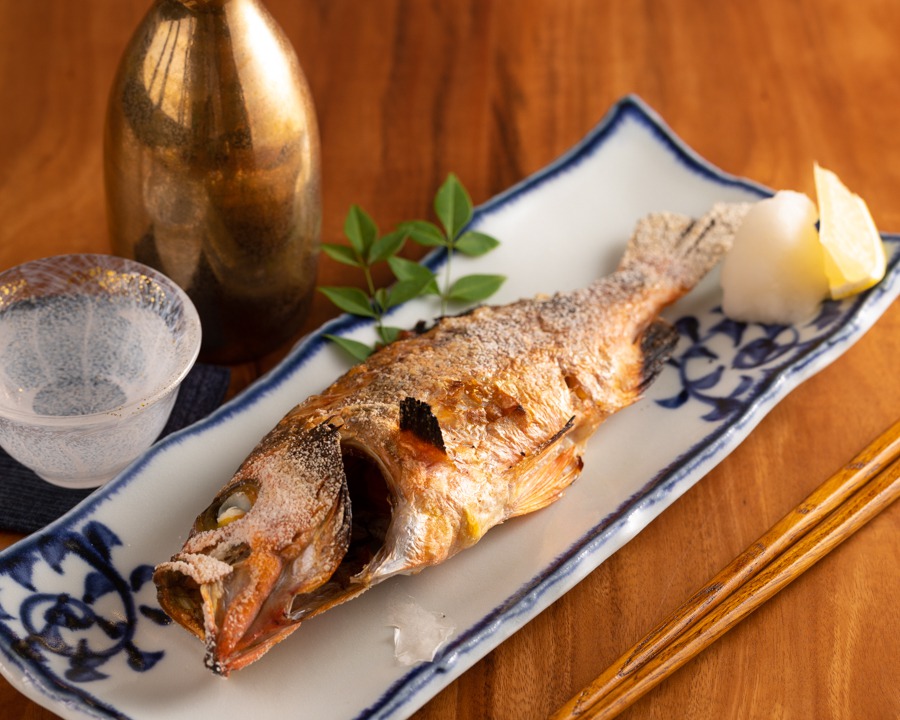 Have you heard of the term “Brewery Tourism”?

In 2013, the Ministry of Tourism created the “Brewery Tourism Promotion Council” to support brewery tours as a form of sightseeing for international visitors.

Saké has become an evocative part of Japanese culture, and the breweries that produce it are growing into new, trendy sightseeing spots.

Japanese People Want to Know The Charms of Breweries Too! 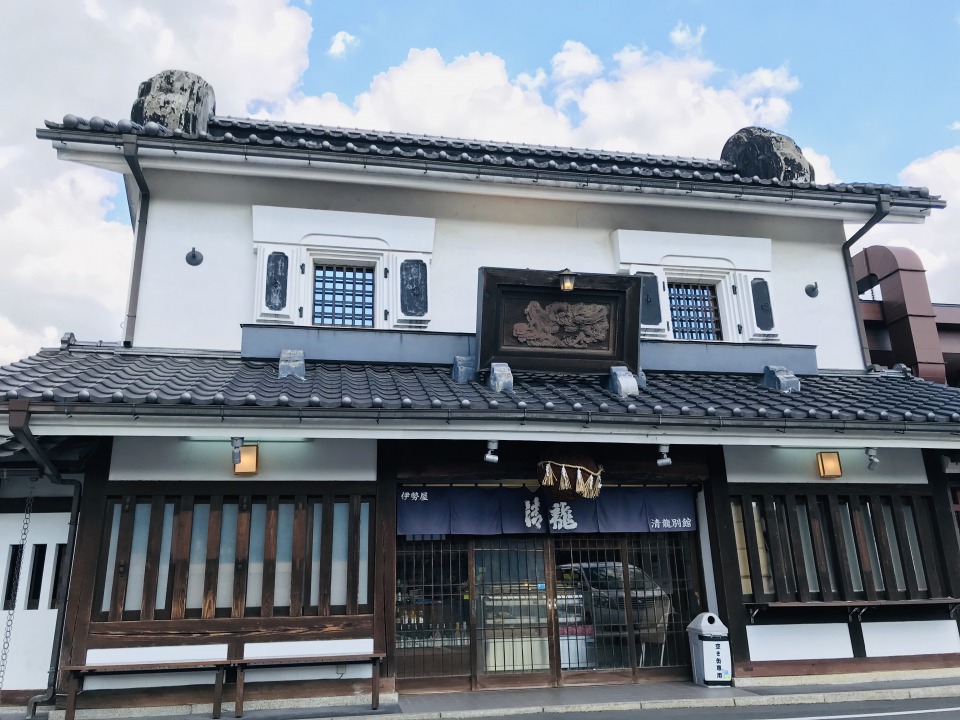 Most saké breweries have a long history, some having stood for hundreds of years.

Even though they might have had some repairs done, they still showcase an older style of Japanese architecture in a different way than old houses or temples.

The unique smells, lighting, and sounds make it feel like you are entering a completely different dimension. This feeling applies to Japanese people as well as non-Japanese.

Recommended for Groups! Reserve a Brewery 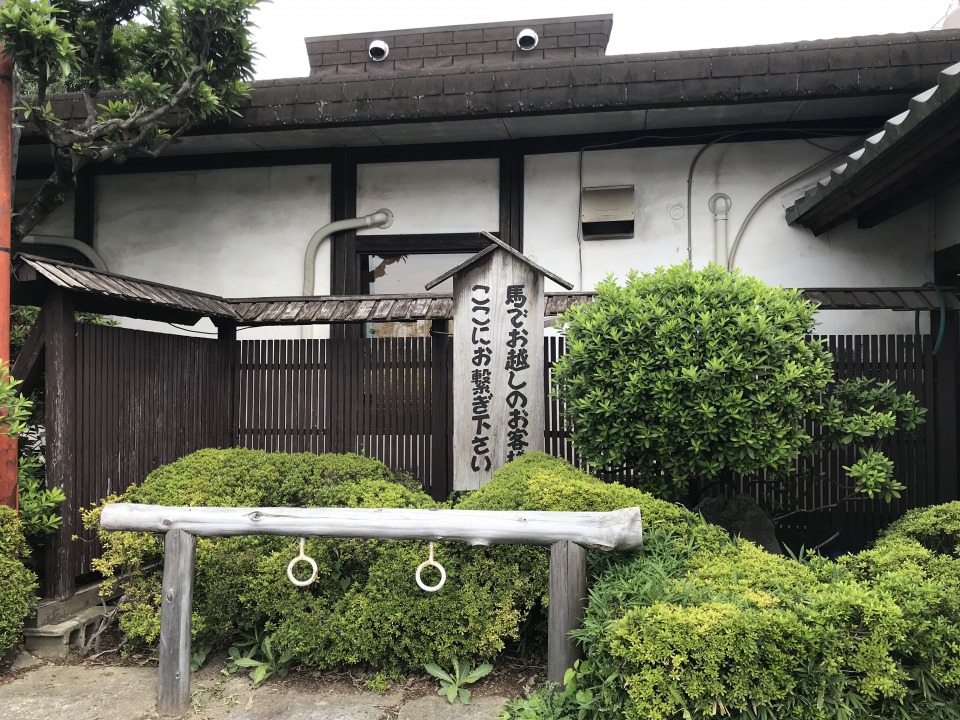 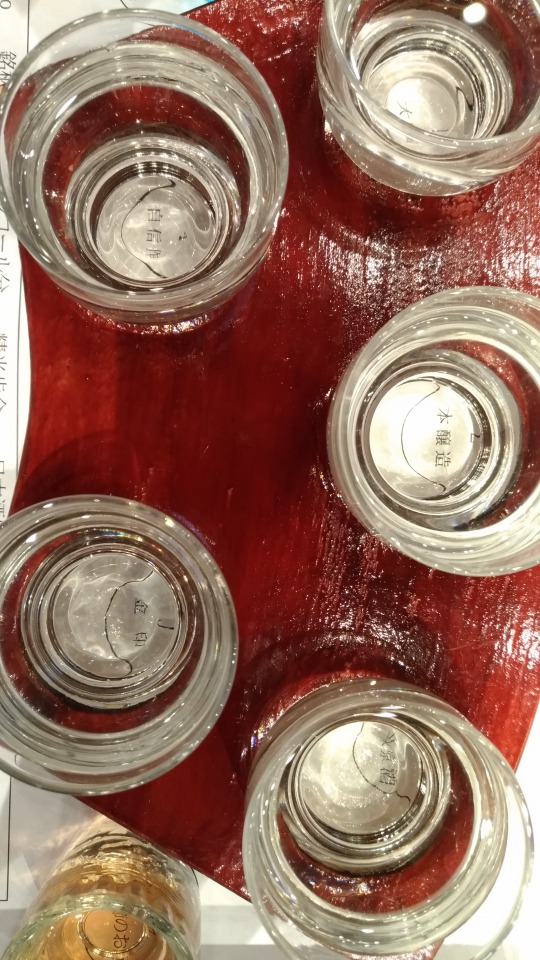 A special treat for special customers requires a special location.

For large groups of customers, why not try reserving a brewery and enjoying saké as a party style event? This is the kind of atmosphere you won’t find at everyday restaurants or hotels. What’s better than enjoying saké where it’s made?

There are also breweries which have been remodeled to include restaurants, so they can cater for both food and drink.

The world of saké is still an unknown territory for many non-Japanese people. For visitors to Japan, tasting and comparing different Japanese alcohol can be a fun part of their stay.

The drink with Nihon in its name, Nihonshu, has gained a high profile overseas as saké, and international celebrities who are accustomed to high-quality cuisine are discovering that saké serves as a brilliant complement to a variety of dishes.

When enjoying delicious food and drink, creating a fitting atmosphere is vital. So, absolutely, book a private room so you can show your customer a truly special time.